TuHS students may have relaxed on their winter break, but there’s no rest for a basketball player.

In the early 4 p.m. match, Tualatin was set against Lincoln, where the Timberwolves began the tournament with a bit of flash.

Early on, with the game tied 9-9, and Sam Noland (#12) inside the arc, he was able to run through Lincoln’s defenders for a layup, but to no avail. Lincoln obtained the rebound but in their clutches, they stumbled, letting the ball drop. When the ball rolled to Noah Ogoli (#3), who was conveniently sitting on the ground underneath the hoop, he grabbed it and passed it up to Noland for a second chance; this time with success. They’d end the quarter 14-13, after which they would hold the lead for the remainder of the game.

Not only was the team able to pick up mistakes, but John Miller (#20) also stole the show every chance he could get at.

By the end of the half, and after his only 3-pointer of the tournament, he was able to snag a rebound with a wide-open court. Turning and sprinting, he outran the competition, banking on his vertical leap and dunked hard. A crowd-pleaser to say the least, and he did it twice more. With Miller’s dunk shots, they won the round 62-41.

Game 2 against Oregon City in the semifinals didn’t pan out quite as well for the Timberwolves.

With a Q1 score of 5-18 and a halftime score of 19-33, the team couldn’t manage to sink any shots. But, after taking a much-needed halftime break, they were able to improve from their previous 9/31 (29%) shot accuracy.

Still, they weren’t able to ever fully recover from their deficit, especially with Miller and Noland both fouling out and facing a final score of 50-64. Oregon City would even go on to place first in the tournament with a victory against Evergreen (from Washington).

Nonetheless, Noland had an impressive game on his own, accounting for 20 of the 50 points scored including sinking all four of his attempted 3-pointers and four for four of his free-throws.

“[Shooting 3’s] is something I’ve been doing for as long as I can remember. That’s my best shot. Pretty much anywhere inside half-court as well,” Noland said. Throughout the tournament, he averaged 15 points a game.

Even if out of the championship bracket, the team still had a chance for third place against the home team: Lakeridge High.

In short, Tualatin came back from their previous loss when they nearly doubled their opponent’s score, 92-47.

Tualatin’s Jackson Passaglia (#10) held the spotlight of the game with the most scored at 15 points. Additionally, at five minutes remaining in the 4th quarter, Blake Howarth (#25), Bret Robert (#30) and Jeremy Lund (#40) were able to come off the bench. All of whom were able to add to the running total and Howarth taking the final points of the game.

The team did end up taking third in the tournament, but some of the players thought that they could’ve improved. “I feel like we should’ve done better, we should’ve competed harder. Third place isn’t enough,” Ogoli said.

“We got a lot of young kids, so we just have to be patient and keep working hard,” Noland added.

Currently, the team sits at a 4 – 3 season record with Three Rivers League matches on the horizon. “I think we can be really good towards the end of the season. We’ll peak at the right time and hopefully, we can make the playoff games,” Noland said.

The wolves continue their season at Beaverton High (Friday, Dec. 27) and on Saturday at Mountainside High (Dec. 28). 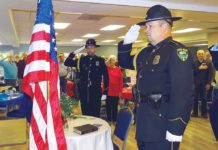 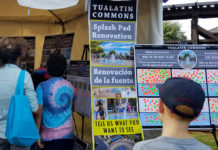 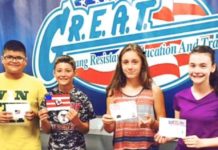 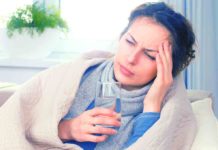