Stick to someone and keep them from taking a chance. That’s how Tualatin followed through and broke their three-game losing streak.

In the fifth Three Rivers League game of the season, the Tualatin Varsity girls basketball team stayed on their home court against the Canby Cougars. Both teams were ranked alike before the match with Tualatin at #14 and Canby at #11 but the game did not start in the Wolves’ favor.

Canby began with a few statement pieces for the home team. Their first two scoring shots were three-pointers 20 seconds apart. The Wolves could only match with two points from Natalie Lathrop (#42) although these would not be her final points.

Tualatin did have their advantages. They could stick to a player like Scotch tape. No matter who was guarding who, the girls wouldn’t let Canby get an open shot and steals were far from out of the question.

With the score at 4-8 with 2:34 left in the first quarter and a heavy defense by Tualatin, Sidney Dering (#12) leapt out at a Canby pass, snagged the ball and ran in with a layup. Tualatin had already stolen three times from the Cougars. Still, the quarter ended at 10-15, but TuHS was showing their potential.

“I think when we came out, we got down by a bit which was a realization for us: ‘we need to get in this game,’” Lathrop said.

But they got in the game.

Throughout the remainder of the half, Tualatin took their chance at the lead. Starting with Lathrop stealing from Canby into a two-pointer, Canby would call a timeout. With the clock resumed, Aurora Davis (#15) and Tabi Searle (#23) would score to bring Tualatin into the lead at 23-22 with 2:30 left in the half.

“We started out with less energy than we needed to,” Lathrop said. “I think everyone who was on the floor and on the bench was helping the team stay up.”

Tualatin was on a comeback, their defense was excelling, steals were in excess, rebounds belonged to the Wolves and Lathrop scored 12 points in one quarter.

The game wasn’t quite over yet and Canby brought it close a fair few more times. After halftime, the Cougars shifted strategies and would stay on any Tualatin player at every part of the court. This brought the game within two points at two separate moments, yet Tualatin maintained a lead.

Combatting the defense, the Wolves’ relied on high and far passes from one length of the court to the other until the offensive position was theirs.

Nearing the end of Q4, and only at a lead of four with 41-37, the Wolves began running down the clock. They seemed like they’d attempt a shot, only to pass to one another. That was until they were forced into shooting.

Dering was fouled on twice in the final 30 seconds and sank all four attempted free throws ending the game at 45-39, Tualatin leading.

Lathrop and Dering had a combined score of 35 points with Lathrop at 23 and Dering with 12 points. They also shot all 11 of 12 free throws successfully and the team made 17 of 44 shots from the court.

From the win, the Wolves advanced to rank #10 OSAA and put a stop to their losing streak.

Lathrop explained that “our past three losses, two of them were really close, which is hard, to have really close losses. So, I feel good that this is going to be a jump start for a bunch of wins in a row for us.” 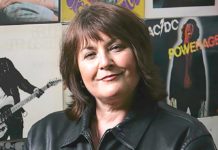 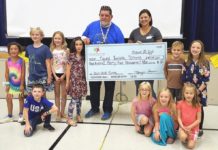 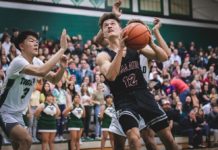 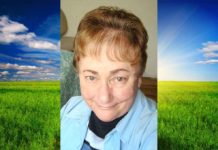 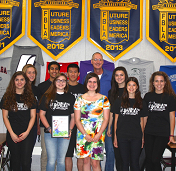 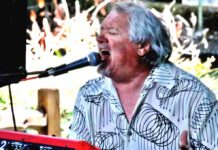 I Got Spurs that Jingle, Jangle Jingle, As I Go Ridin’...