Overtime, one minute left on the clock; Tualatin is down 36 – 40 and Clackamas sinks a three. This first game of the playoffs seems about up for the Wolves, but one minute, if used right, can change the pace of the game.

Starting with a steal, Sidney Dering (#12) grasps the ball and brings it ever so close to the rim, but for an untimely miss. With the blow of the whistle from a referee, Dering gets a second chance for a few points.

High stakes is an understatement. The Wolves hadn’t made it past round one of the playoffs since 2016 and missing even one free shot could result in ending the season.

With the pressure stacked high and Dering standing at the free-throw line, she sinks the first shot. On her second, the Tualatin crowd is in utter silence with Clackamas trying everything but a direct interference to get in her head. She persists and knocks it down. The clock displayed 35.5 seconds; 38 – 40.

Clackamas held possession after Dering’s two shots and the Cavaliers could have done as well as to maintain the ball for the last half-minute to take the win, but they made a season-ending mistake. The Cavaliers threw a pass only for it to end up in the crowd.

Suddenly, the game wasn’t so hopeless. Call it a string of unfortunate events for Clackamas, but the Wolves had a chance.

Starting the ball, Dering passes to Natalie Lathrop (#42). Lathrop was two for seven from the field but this shot she wouldn’t miss. With her layup, she brought the score tied for the fifth moment of the game where it would continue into double-overtime.

Teagan Gaviola (#1) began Tualatin’s ultimate lead into the contest’s ending with a quick two-point jump shot despite the Clackamas foul. She followed by sinking the free throw.

The string of tied scores had finished and Tualatin took the game after six periods: 50-40. The first overtime game for the Wolves this season, let alone a double-overtime game.

“Despite the fact that we were playing for so long and all of us were pretty exhausted, the energy that our bench had and the energy that the coaches gave us along with the crowd really lifted us up,” Gaviola said.

This match against Clackamas hadn’t been their first with an early pre-league game but also from knowing the team players before high school.

“Clackamas has amazing shooters, they can shoot lights out,” Gaviola said. “Going into the game, we knew we wanted to stop their three-point shots, but another thing is that a lot of us have been playing with those girls since we were young, in club-ball. It was the mental game knowing that we were playing our childhood friends.”

Prior to the playoffs, Tualatin placed third in the Three Rivers League behind West Linn and Oregon City while being seeded eighth overall and this playoff win propelled the Wolves into the “Sweet 16” with round two against ninth seed Southridge.

Southridge was looking to maintain their history of success. The Skyhawks held two championship titles in the past three years and were able to play in the championship game each season. The team knew where they wanted to be and that wasn’t off the bracket.

Once the first half had met its end and after four consecutive steals, Southridge already had a lead of nine with 17-26. The Wolves wouldn’t catch a break until they thundered into the fourth quarter.

Underneath a 15 point difference, Tualatin’s Kasidy Javernick (#10) put up a three-point shot in the first 10 seconds. Forty seconds later, Aurora Davis (#15) completed an identical shot which was shortly followed by Lathrop for a short jump-shot on two points.

“We had a good game plan coming in, but it came down to some missed shots and that they made a lot of shots. It sucks to lose as your last game of the season but I feel happy about what the team accomplished this year,” Lathrop said.

With the end of the season, came the end of two high school careers. Both seniors, Sophie Bennett (#5) and Sophie Wong (#2) had been playing Tualatin basketball for much of their lives and are going to be headed to college after the coming summer.

“I am so happy that I came back for my senior year. I wouldn’t have it any other way,” Bennett said. “Each one of my teammates is a baller; they bring their own skill set. I knew we had a lot of potential in the past few years but especially this year.”

This was season one for Tualatin’s new head coach Wes Pappas and along with him, came an adjustment. “Last season was very different, we lost five seniors instead of two. This year we got a new coach, a new system and everyone was just having a good time. I think this year was a lot more fun for everyone and that really translated into the game,” Lathrop said.

Despite the loss and a few shed tears, this team put a stop to being a round one or regular-season team. The Wolves could put up a fight against championship teams and still win 75% of their games. They were guarding till the last seconds of their game even if the hope of victory was thrown out the window.

“We came out, we came ready to play. We got here early, put in a lot of time and effort. It didn’t go our way tonight but you know, that happens. I know that next year, the potential is through the roof for them with Olivia Poulivaati coming back. They’ll have incoming freshmen to grow the program so I’m super stoked for them. I can’t wait to see what they have in the future and I know that next year, they’ll avenge the season.” – Senior Sophie Bennett (#5) 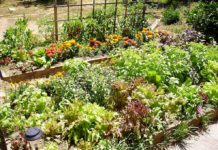 Tualatin gets a different kind of Grocery Store

The Tualatin Rotary is an All Season Santa 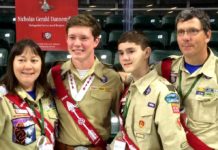 Helping You Navigate Your Journey Through Parenting, The Art of Avoiding... 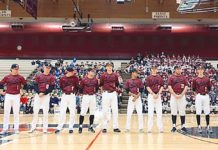