By Yvonne Addington for Tualatin Life

Thank you for inviting me to pay tribute to Mayor Lou Ogden for 26 years of volunteer service to the City of Tualatin and citizens.  Tualatin as you know is my hometown.  I am very proud…

While a lot of Tualatin history has been written since incorporation of the city in 1913 with a population of about 300, not enough credit has been given for Tualatin volunteers and leaders for making Tualatin a highly desirable community to live in.   So, in honoring Mayor Ogden tonight, I would also like to thank the City Council and staff for making my hometown the best in the West.  Some notable people have donated so many hours to this community and it is nice to pay tribute to them rather than waiting for memorials.

Not many understand that the services of the Mayor and City Council are VOLUNTEER, WITHOUT PAY- Free of Charge to the citizens of Tualatin.  Let’s see… with 26 years of the Mayor’s service, x 24 meetings a year = 624 meetings, always two hours each or so, that makes at least 1248 hours of free key leadership by Mayor Ogden.  And then times that by 6 more councilors’ volunteer service… Such great citizens!

And so, a bit of history to show what has been accomplished: As most of you know, I grew up in Tualatin and know well what has been accomplished since I was first elected Treasurer, then appointed Recorder/Municipal Judge, then the first City Manager.  As told before, Mayor Lee Gensman opened the old city hall for business for the first time ever in 1967.  I was hired to work 4 hours per day.  On the first day, I found out the city was $30,000 in debt and I worked at least 10 hours per day for 18 years after that since there was so great a need and the city grew so fast.

You’ve probably heard this before, but the City was in pretty bad shape back then.  The water wells were dry, there was no sewer system, the Tualatin River was listed in Life magazine as the most polluted stream in America; the only Tualatin business, a dog food cannery, advertised on their huge delivery trucks  “Hervin Company, Tualatin, Oregon-Going to the Dogs”.  And the ball at the top of the flagpole was this toilet float!

So Mayor Gensman and the next Mayor Jim Brock and City Councilors hired top Oregon engineers and planners to prepare plans of development up to the year 2000 for a population of 20,000. We obtained water from Portland’s Bull Run water system, built a 3 stage, state of the art sewage treatment system and invested in parks.  This then brought in sub-dividers who were required to provide streets and sidewalks, parks and open spaces also.  I led the city operations after being appointed City Manager in 1969.
(continued below)

Soon after, I discovered the City of Portland and Beaverton’s concept of an urban renewal agency to eliminate blight.  I wanted one.  I called Beaverton’s manager over and he said, first you have to have blight to qualify and he flung open the drapes; “My gawd do you have blight!”  And so we were able to form and plan the downtown Urban Renewal Agency.  As you can see by the pictures I took in 1975 to document blight, we have come a long ways, with the great leadership of Mayors and City Councils, and in particular Mayors Gensman, Brock, Stolze and Mayor Ogden.  It took a lot of leadership to get where we are today in the downtown area and Lake of the Commons.

It was not always pleasant to build this community.  Some citizens didn’t like what we were doing and wanted Tualatin to remain the same.   We managed to apply for lots of federal and state monies and concentrated on purchasing land such as the library, the 2nd city hall, and senior center.

We also worked very hard to attract the building of a new hospital in spite of outside the city opposition.  The Meridian Park Hospital was proposed by two Portland hospitals, Emanuel Hospital and Physicians and Surgeons Hospital.  It required municipal services of the City of Tualatin.   It took us 3 years of working with the two hospitals, Clackamas County and the State to get authority to build the hospital.   But after it was built, it has attracted so many high-end jobs and many other professions.  They are the number 2 highest employer in the city and they recently celebrated their 45th anniversary.

I do want to note for those that believe that traffic congestion is now having the biggest impact on our lifestyles.  I agree with the Mayor and Council.  However, some say they weren’t planned right.  I understand and want to point out some of the problems for a long time.  It isn’t just a lack of planning for 20,000 people.  A lot of the reason is that in Tualatin alone, the City doesn’t own all of the roads. The two major freeways I-5 and I-205 are owned by the federal government.  I believe two state highways-Boones Ferry and Lower Boones Ferry Road are owned by the State, and most of the arterial streets such as Nyberg, Tualatin-Sherwood Road, Sagert, Avery and Tualatin Road are owned by Washington County.  Borland Road is owned by Clackamas County and Meridian Road or 65th is owned by both counties.  I agree with Mayor Ogden and incoming Mayor Bubenik and today’s council and staff that improvement is needed quickly.  However, it will take a lot of volunteer work to do it.

So, in conclusion, with my Tualatin experience, I was able to continue to serve in government. I managed Washington Counties’ Urban Growth Plan and spent another 18 years working for 5 Governors as Oregon Community Development Manager, plus an elective office for states in Washington, D.C.    This allowed me to see so many cities in the U.S. and the state, plus European visits in progressive Nordic countries close to the North Pole and convinced me to volunteer for my hometown of Tualatin after retirement.

My highest regards to Mayor Ogden, City Council and staff for making my hometown, like Mayor Ogden describes it.  He says “Tualatin is truly the best community south of the North Pole.”  I agree.  Thank you very much Mayor Ogden and all of those who volunteer their time and talent. 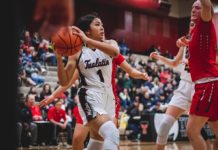 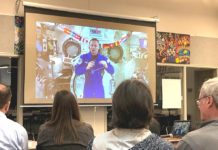 Will Jiggles be Demolished or Not?

Growing laundry in the garden

Growing a Protest in the Garden 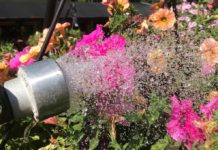 No cheese with my water, please