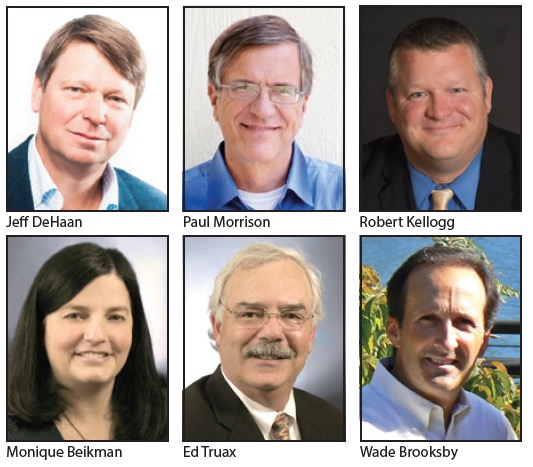 By passing the term limits measure in the November election, Tualatin voters made it clear they want to see a shakeup of the status quo at City Hall. They will begin to see the effects of that change in January. While no existing council members are immediately affected by term limits, two long serving counselors chose not to participate in the last election, and one quit the Council outright to move to another state.

Councilor Monique Beikman did not seek reelection, Councilor Ed Truax withdrew part way through the election, incumbent councilor Joelle Davis ran unopposed, and Councilor Wade Brooksby quit the Council, although he waited until after the deadline had passed for the position to be placed on the November ballot, so existing council members appointed his replacement.

Jeff DeHaan, a commercial insurance broker, is the man Councilors selected to fill Mr. Brooksby’s empty seat. There were eight applicants for the appointment. Councilor DeHaan served seven years on the Tualatin Planning Commission. The City Council vote to select from among the applicants was something of a cliffhanger. Three times the anonymous vote was split 50-50 between Councilor DeHaan and Tualatin dentist Dr. Travis Evans. On the fourth vote Councilor DeHaan was selected.

“I’m very humbled by this opportunity to serve,” says Councilor DeHaan. “I’m challenged by the amount of time it requires, but I live by the golf course, so I can walk to most of the meetings. I’m very excited about Tualatin. It’s been a wonderful place to live, and I hope I can add something to the process.”

Councilor-elect Robert Kellogg, a Tualatin attorney who was unopposed on the ballot after Councilor Truax withdrew, brings a different political perspective to the City Council then does Councilor DeHaan, who was treasurer of the committee which opposed the term limits about measure.

Mr. Kellogg, on the other hand, played an active role promoting term limits, and during the lengthy and sometimes contentious processes leading up to the November election, donated his legal services to the group proposing term limits. However, Councilor DeHaan and Mr. Kellogg both said they expect to work well together on the Council.

“I look forward to working with all the city councilors, and the staff, to make Tualatin a better place for all its citizens,” says Mr. Kellogg. “My take is, I’ve been part of the discussion for many years, and now with my election I look forward to being part of the decision-making process. There are now three new councilors, and a mayor subject to term limits in two years. Things on the Council will shift.”

Mr. Kellogg served on the Tualatin Budget Committee, with the Tigard-Tualatin School District, with several Washington County government groups, and as president of the Ibach CIO – Community Involvement Organization – from its founding in 2011 until he stepped down during the election process. He said he felt remaining as president of the CIO was not appropriate since he will be joining the City Council.

Councilor-elect Paul Morrison rounds out the slate of new Council members. Mr. Morrison, a former varsity basketball coach, high school teacher and commercial financial professional who now describes himself as a stay-at-home dad, was the only candidate who had opposition in the November election. He ran against Ms. Sonya Ambuhl. He served on the Tualatin Budget Committee, and since 2012 has been land-use officer for the Ibach CIO. He is also active at his children’s schools, serving as an officer on several different PSO groups – Parent Student Organization.

“I’m really excited about getting to serve on Council,” says Mr. Morrison. “I’m pleased and honored the voters chose me to represent them. I worked hard to communicate with the counselors before, but I’ve never had a vote. Now, I will have a vote. This is an opportunity to build a vision about the city. I can form a vision with the Council to do something about traffic. I enjoy working with these people. It is a really good group. Three are new, and three have a lot of experience,” says Mr. Morrison.

Outgoing Councilor Ed Truax, a financial consultant based in Lake Oswego, talked about wrapping up his many years of service on the Tualatin City Council.

“In the last 16 years, the thing I am most pleased about is I never lost sight of wanting to do what was – to my mind – the best thing for the community,” says Councilor Truax. “I was there to make my community a great place to live. I’m very proud of that.

A Visit with the Mayor 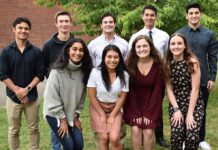 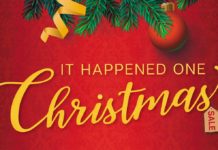