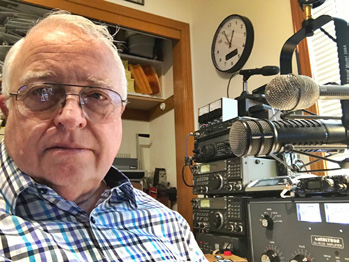 Tualatin broadcast engineer James Boyd did not have any idea he was going to be drafted when he dropped out of college to take his dream job, working full time for a radio station. He wanted a career in broadcasting since 13 years old. After high school, he studied electronics technology at Central Oregon Community College for a year. Then in early 1965, at age 18, he dropped out of school when he got the opportunity of a lifetime, a job offer at KBND radio in Bend. He said “as I started my career in broadcasting, the war in Vietnam was ramping up at a breakneck pace. I remember reading wire service news stories about Vietnam on the air, stumbling over names I could not pronounce. All the while, not realizing the impact the war would have on me.” About a year later, in early 1966, he was surprised to get a letter from his local Selective Service Board. He was not going to school and not eligible for any type of deferment. He was being drafted. He said, with that letter “my whole life changed in an instant”.

Being drafted then meant a two year Army commitment, serving to meet the needs of the Army. Volunteering involved a three year commitment but you could negotiate your duty with a recruiter. James volunteered, thinking his broadcasting experience qualified him to serve in that field. But the military school for broadcasters was temporarily closed while being relocated. So instead, after finishing basic training, he got eight weeks telephone switchboard training. He entered the Army on February 15, 1966 and six months later, flew to Vietnam for the standard one year tour, assigned to the 1st Cavalry Division, Airmobile at Camp Radcliff near An Khe, Binh Dinh Province in the central highlands of South Vietnam. Fortunately, he shared his background with an Army Officer during a stopover on the flight to Vietnam, who helped arrange his assignment to the 1st Cav Public Information Office (PIO) as a Broadcast Specialist.

At the beginning of the war, the military set up a broadcasting network in Saigon called Armed Forces Vietnam Network (AFVN). Programming originated there was networked to small, low power transmitters at each of the division base camps in Vietnam. One of the first announcers was Adrian Cronauer whose daily greeting on air “Good Morning Vietnam” inspired the movie by the same name. Adrian was still on the air when James arrived in-country. Initially, James interviewed unit soldiers using a tape recorder. Those interviews were sent to the soldiers’ radio stations at home where they were widely used. Later, his duties expanded to do local programming. He was a DJ again. using popular music records obtained from Red Cross ladies assigned to the base hospital. “We rotated duty being on air a few days and other days we would be in the forward areas interviewing soldiers and obtaining news stories”.

James explained that being in operational areas was intense. ” For example, a few months after I arrived in-country, I accompanied a platoon, going out by helicopter, for a search and destroy mission. The second day we encountered a small Viet Cong group carrying supplies. There was a 20-minute fire fight. We did not suffer casualties but all of the Viet Cong group was killed. What remains burned into my memory today….is the bodies we checked at the end.” A never ending safety concern was the mortaring of his base camp while there. The Viet Cong were aiming at the more than 100 helicopters on the helipads at the base when the full division was present. “Our living quarters were within a few hundred yards of the helipads. The mortar shells were always too close for comfort. I became accustomed to hearing small arms fire and outgoing artillery at all hours of the day and night. Today gunfire is troubling for me to hear.”

Some 2.7 million Americans served in uniform in Vietnam. Almost all, like James, were raised to be caring, considerate citizens; not warriors trained in war fighting skills. For them the war did not end when they got off the plane on their way home. For far too many, that experience negatively influenced their life, with PTSD disrupting families and jobs, creating unruly behavior, confusion, divorce and unemployment. Also many suffered from Agent Orange ailments. James said that contrary to adverse media coverage, “the care vets get at VA facilities is excellent.” He added “War is an awful thing. Despite all the negatives, I am still proud to have served my country.”

Dale G. Potts has organized and MC’d Tualatin’s Memorial Day observation for the past 13 years. He is a Navy Vietnam vet, serving as the Public Affairs Officer of the Aircraft Carrier USS Yorktown. After active duty, he remained in the reserves, retiring as a Navy Captain (same rank as an Army Colonel). His civilian career was primarily as the Oregon Public Affairs Officer for IRS. Contact Dale at vet.dale@gmail.com.

A Strange Name, A Popular Sport: Pickleball Anyone? 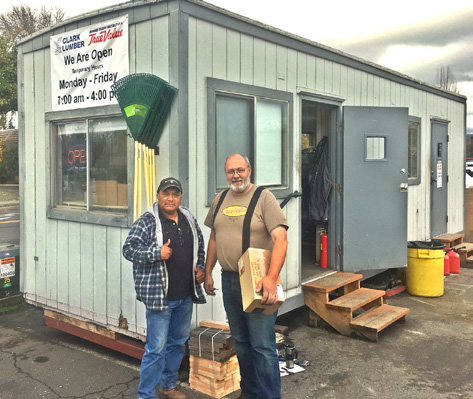 A Strange Name, A Popular Sport: Pickleball Anyone?