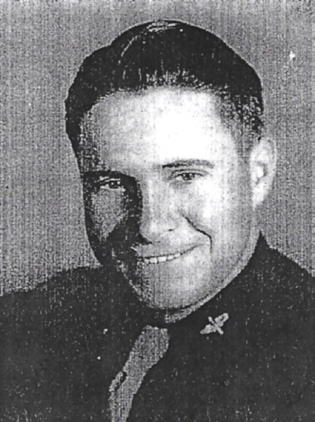 My previous two columns covered Army Air Corps Major Bradley Summers’ two B-17 crashes in WWII; the second being shot down over Germany, resulting in him becoming a POW with 22 months of captivity, primarily in Stalag 111, located 100 miles southeast of Berlin. The site had sandy soil, selected to hinder tunneling escapes. Tualatin’s Heritage Center has his memoirs, over 50 transcribed pages from interviews with him.

Summers said the Germans had respect for officers and “didn’t believe in making them work”. The officers were put in different camps than the enlisted. POWs called themselves Kriegies, short for Kriegesgefaugnen. the German word for prisoner of war. He said that Stalag III was staffed by non-flying Luffwaffe (German Air Force) officers; and enlisted personnel, generally not qualified for frontline duty. Many guards were older or had been wounded in combat. Enlisted preferred this duty for safety and living conditions but it was the least desired position for officers seeking promotion. POWs were subject to the whims of the guards and the orders of the madman who ran the country. But there was mutual respect with some of the guards, including two invited as guests to the 20-year reunion of the American Former Prisoners of Stalag III.

Protect Your Brain for Today, Tomorrow… and Yesterday

Dréos to Perform at Winona Grange