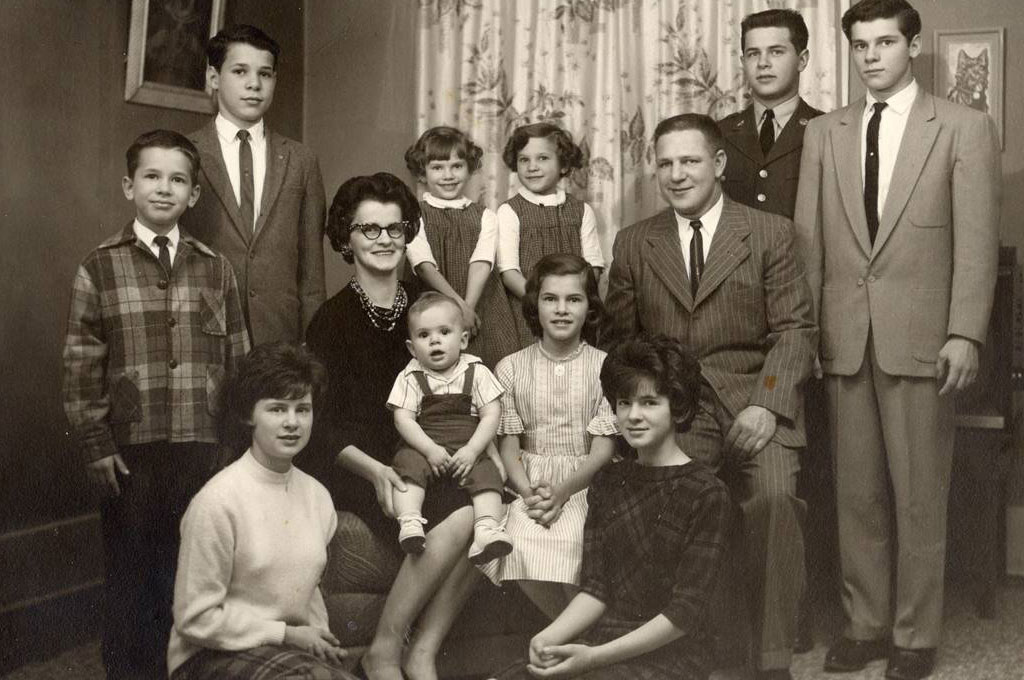 No one could believe it was still flying as the B-17 Flying Fortress came down onto the runway. It was making unearthly screeching noises as the wind blew through twisted medal and wires. After successfully dropping its bombload onto its Cologne, Germany target on October 15, 1944, the plane’s nose cone section was totally destroyed by a direct hit by a German 88 anti-aircraft shell. The plane’s bombardier, whose battle station was in the nose, had been killed instantly while Navigator Ray LeDoux, working just three feet behind him, was momentarily knocked unconscious against a firewall. The plane had made its way back to its home base, Nuthampstead, England, in that condition. The 398th Bomb Group Memorial Website has all the details of that flight, provided by the crewmembers themselves. Website: www.398th.org.

Flight crews routinely overcame incredible obstacles like this every day. Even when given a few “flak days off”, they were back flying missions when the call came for every available plane for bombing flying missions. A high percentage of these crews had “less airfield landings than takeoffs” due to being shot down, bailing out or ditching in the English Channel. It was not unusual to get fished out of the Channel and be back flying the next day.

Thirty year Tualatin resident, George Abbott LeDoux, whose father was the navigator on that flight, was named after the bombardier George Abbott, who had been killed by the blast. Ray LeDoux and his crewmates found themselves in sub-zero temperatures at five miles high with the wind blasting through the plane, in from the nose and back out through the still open bomb bays. Although stunned and bleeding, Ray concerned because the plane seemed to be in a dive, urgently worked his way up to the cockpit. There he found pilot Larry Delancey and co-pilot Phil Shahlman, struggling to control the aircraft. The pilot had eased out of formation to avoid hitting other planes and to get clear in case they had to parachute out. They descended rapidly to get to a lower altitude because they had lost all oxygen. Soon they were down to 2,000 feet, trying to determine where they were. They knew they had to head West, but concerned about flying into the gun sites of German fighters. The challenge now was to get home. All of Ray’s navigational instruments were out, the maps had been sucked out and only a questionable compass remaining. Fortunately a couple of U.S. P-51 Mustangs showed up and escorted them across Belgium. Delancey explained “we hit the coast right along the Belgium-Holland border. The flight controls and engines seemed to be OK. We might have tried for one of the airfields in France but having no maps made this questionable.” As they reached England, Delancey said LeDoux picked up landmarks and gave course corrections, “taking us directly to our base. It was just a great bit of navigation. Ray just stood there on the flight deck and gave us headings from memory.” Nearing the field, Stahlman let the landing gear down. Delancey explained, without instruments, the landing was strictly by guess and feel. He was concerned that losing control would block the taxi way for returning B-17 squadrons but was able to get the plane to the end of the runway

Delancey was awarded the Silver Star for his “Miraculous feat of flying skill and ability”. He returned to Corvallis to earn a degree in Aeronautical Engineering from OSU. He retired as program manager for the Shrike Missile after a career at the Naval Weapons Center in California. Stahlman finished his tour with this mission and returned home to become a pilot for Eastern Airlines. At his retirement in 1984 he said his final flight with Eastern was “a bit more routine then the one 40 years prior.” George’s father, Ray LeDoux, received the Distinguished Flying Cross for his “extraordinary navigation skills.” The Distinguished Flying Cross is awarded to any officer or enlisted member of the United States Armed Forces who distinguishes himself or herself in support of operations by “heroism or extraordinary achievement while participating in an aerial flight, established in 1918. He navigated his way back to Woodburn where he and the love of his life increased the town’s population by ten. Only one of the nine man crew of that B-17 flight did not return. But he is being remembered every time George Abbott LeDoux’s name is spoken.

Dale G. Potts has organized and MC’d Tualatin’s Memorial Day observation for the past 13 years. He is a Navy Vietnam vet, serving as the Public Affairs Officer of the Aircraft Carrier USS Yorktown. After active duty, he remained in the reserves, retiring as a Navy Captain (same rank as an Army Colonel). His civilian career was primarily as the Oregon Public Affairs Officer for IRS. Contact Dale at [email protected].

Tualatin Future Business Leaders of America is on a Five Year...

Bob’s Auto Cafe: So Much More than just Auto Repair