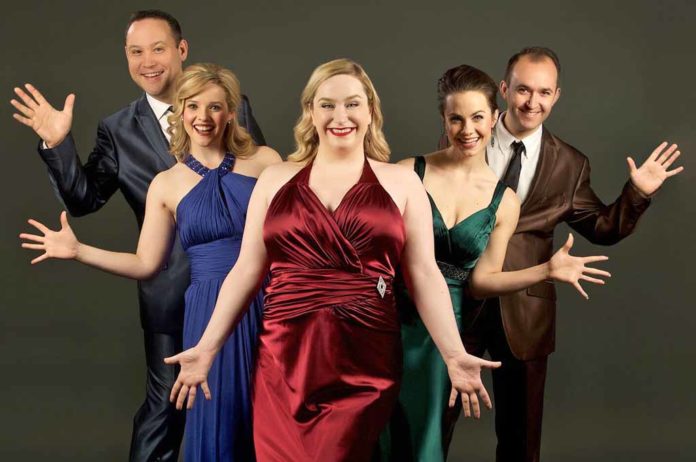 Broadway Rose Theatre Company continues its 2019 Season of Musicals with A Grand Night For Singing, at the Broadway Rose New Stage. Preview performance is Thursday, March 28 with opening night on Friday, March 29, and performances continuing through April 28, 2019. Evening performances are Thursday through Saturdays at 7:30 p.m. Matinees are at 2 p.m. on Sundays, and on Saturdays, April 6, 13, 20 and 27. Performances are held at the New Stage located at 12850 SW Grant Avenue in Tigard. Tickets are priced from $30 to $48 for adults (depending on date). Tickets in the upper section for ages 6-18 are $20 and ages 1930 are $25. Discounts are available for groups of 10 or more. $5 tickets are available for Oregon Trail Card holders through the Arts for All program. For a full listing of show performances or to order tickets visit www.broadwayrose.org, call 503.620.5262, or visit the box office at 12850 SW Grant Ave., Tigard. 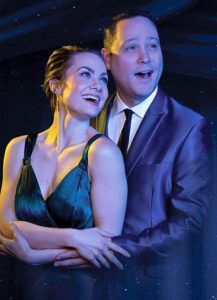 Many of the most beloved, uplifting, and romantic songs in musical theatre history have one thing in common: The incomparable writing team of Richard Rodgers and Oscar Hammerstein II. A Grand Night For Singing collects over 30 treasured hits from Rodgers and Hammerstein shows such as Oklahoma!, South Pacific, The Sound of Music, Carousel, The King and I, and Cinderella; and invites audiences to experience these classics anew through artful arrangements and clever interpretations. It’s “something wonderful” for any lover of classic musical theatre.

Broadway Rose Theatre Company is Oregon’s premier musical theatre company. Under the artistic direction of Sharon Maroney, Broadway Rose has been producing professional musical theatre in the Portland area since 1992, enriching the region’s cultural life and increasing opportunities for Oregonians to participate in the arts. Broadway Rose is a 501(c)(3) nonprofit committed to keeping live theatre affordable and making its productions accessible to all members of the community.

Welcome back to the Juanita Pohl Center!