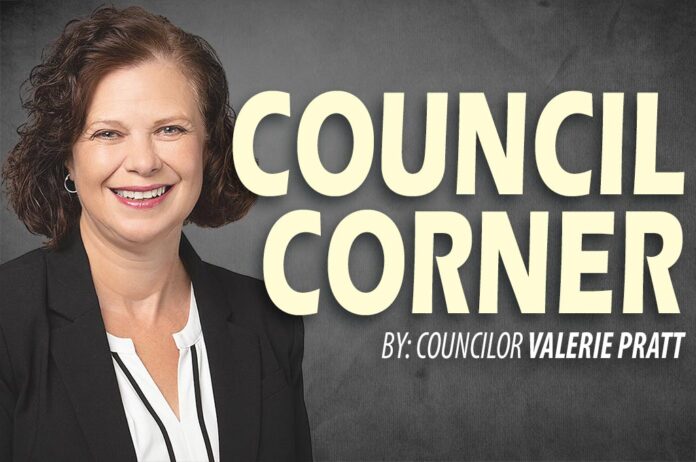 In Tualatin, being a councilor or mayor is a volunteer role that requires dedication and time to tackle a steep learning curve. Allowing Tualatin residents to serve two terms as city councilor and two terms as mayor can broaden the pool of candidates, as it allows individuals to gain enough experience to feel comfortable running for mayor.

Currently, when a Tualatin City Councilor or Mayor is elected, the elected official can serve three terms for a total of twelve years maximum, regardless of position. The term limit does not distinguish between the two very different positions of councilor and mayor. If a Tualatin City Councilor serves two terms, they are limited to only one term as the Tualatin Mayor. Voting yes on measure 34-309 would allow a city councilor who has served two terms as councilor, to serve two terms as mayor. Failure to differentiate term limits between councilor and mayor can lead to high turnover for the position of mayor and loss of valuable experience, which could be detrimental to our city.

A city council position is a jumping-off point into policymaking. It takes time and effort to learn the ropes and become an effective policymaker. In the first term, a city councilor spends many hours learning the basics of city government, including budgets, operations, and policymaking. In addition, councilors serve on regional committees, manage periodic crises (COVID, I-205 tolling, and controversial land use actions) as well as digest complex, ongoing matters like the future development of the Stafford area.

In the second term, with a solid foundation of knowledge, a city councilor begins to become a familiar face at regional and statewide events and often becomes a specialist in an important policy area such as, water source and management, local and regional transportation, or council liaison to a regional or county government committee. Seasoned councilors mentor newly elected councilors to ensure a knowledgeable and well-functioning local government. The relationships and knowledge built up over this time allows a councilor to serve effectively as a mayor in your third term on the Council.

The Mayor of Tualatin serves as the Chairman of the Council, presides over the council deliberations, and is expected to have established relationships with other policymakers who influence and shape the future of Tualatin. The mayor is a different role than a councilor. It is important for our community to differentiate the term limits between the two positions and have the choice to elect a mayor who possesses sufficient experience as a city councilor.

The specific change proposed reads as follows, with the revision appearing in bold typeface:

Here a few more details about what the proposed change to the Charter does and does not do:

Please join us in voting yes on measure 34-309 to ensure Tualatin has a balance of experienced governance to complement new leadership representing our beloved city.