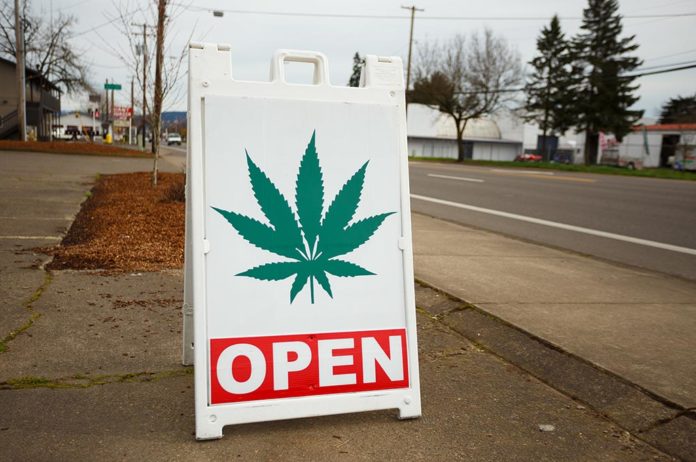 Tualatin’s marijuana business regulations will be on the City Council’s agenda this month as councilors consider whether to expand the area where cannabis dispensaries, wholesalers and manufacturers could potentially operate in the city.

Oregon voters passed Measure 91 in 2014, legalizing marijuana in the state and allowing local jurisdictions to regulate marijuana facilities. Tualatin’s regulations, passed in 2015, call for a 3,000-foot buffer zone between marijuana businesses and schools, parks, residential zones and the library, limiting potential locations for such businesses to a portion of industrial land on the west side of the city. The city restrictions exceed the minimum state restrictions, which call for marijuana businesses to be located at least 1,000 feet from schools.

The issue of Tualatin’s marijuana business regulations has come up over the past year as dispensaries, including Western Oregon Dispensary, have approached the city about opening outlets. During a Jan. 27 meeting – picking up on a discussion that began in October – council members discussed the prospect of loosening the current buffer zone to 2,000 or 1,000 feet from schools, parks, residential zones and the library.

Councilor Paul Morrison and Council President Nancy Grimes expressed their desire to see the 3,000-foot buffer to remain in place, while Mayor Frank Bubenik and Councilor Robert Kellogg said they were open to loosening it. Councilors Maria Reyes, Bridget Brooks and Valerie Pratt were open to further discussion of the topic.

“Our plan text amendment is fair, inclusive and reasonable and allows for marijuana dispensaries in Tualatin in an appropriate area suitable for retail sale,” Morrison said of the city’s regulations. “There’s no disguised ban or regulatory ban in Tualatin. The Tualatin ordinance allows Western Oregon Dispensary, or any other licensed marijuana dispensary, to set up shop in the city.”

Grimes said that the “preponderance” of the community input she has received is in favor of maintaining the current regulations.

She used Jiggles – the strip club that once stood along I-5 on Nyberg Street – as an example.

“That was perfectly legal; I mean they didn’t even serve alcohol for heaven’s sakes,” she said. “But did people mconsider that to be appropriate for the community? No. Everybody remembers the happy, happy euphoric day when that was finally closed and the building was demolished.”

Bubenik, Brooks and Reyes, however, said that they have heard from community members who support having a dispensary in Tualatin.

“There’s a stigma around coming out and publicly supporting marijuana, even though it’s legal. There’s obviously a lot of judgment,” Brooks said, adding that, in addition to recreational use, some people use cannabis for pain management.

Grimes said the issue is not about stigmatizing people who use marijuana either recreationally or medically.

“We’re simply trying to figure out, as a city, if we’re going to have this, where would we put it,” she said. “What does the community think about where we should put it? It just becomes a discussion of where is an appropriate place.”

If the buffer zone was decreased, Bubenik said, dispensaries would still largely be in industrial areas away from schools and the downtown core.

Don’t Miss Your Chance to Get Involved with Tualatin Youth Softball!

Passport to Parenting: Quality vs. Quantity