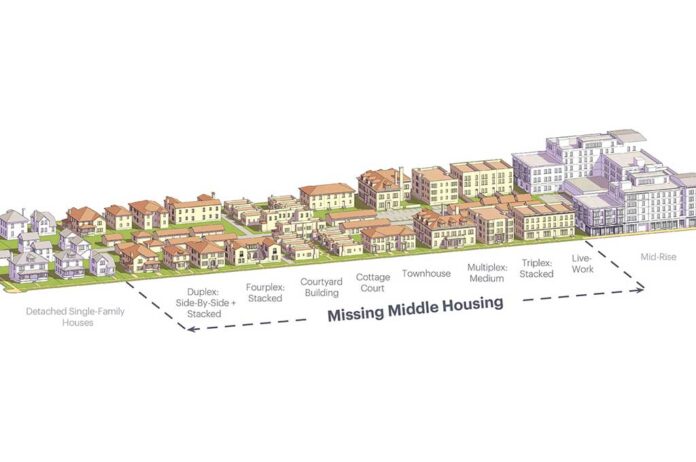 The neighborhoods of Tualatin’s future, like those in cities across Oregon, will have more living spaces for more people.

So, how will that look?

The changes were drafted to comply with Oregon House Bill 2001, which requires cities of more than 25,000 people to amend codes that inhibit construction of multi-family housing, but they also align with current efforts to meet Tualatin’s growing need more diverse affordable housing options.

City Council President Nancy Grimes praised the ordinance as “taking mandates from HB 2001 that are not all palatable and translating them where we could into things that make a lot of sense for the city.”

Cities who fail to implement a compliant code will be required to adopt the state code. In authoring and adopting its own ordinance, Tualatin was able to retain a kind of creative existing structure.

“One standard I would like to highlight is the introduction of floor area ratio” Koper said, referring to code that will keep floor plan size proportional to lot size “so we don’t have a huge hulking structure on a smaller lot.”

Many of the of HB 2001’s requirements mirror housing goals detailed in Tualatin 2040 project, a 20-year plan to broaden housing options in the city and, ideally, create more affordable, environmentally friendly housing.

“It was a good amount of synergy between those (HB 2001 and the Tualatin 2040 project,” said Tualatin assistant community development director Steve Koper. Both seek to remove barriers to varied higher density housing options.

Like many Oregon cities, Tualatin is presently considered a severely rent burdened community, meaning more than 25 percent of Tualatin households spend at least 50 percent of their gross income on housing.

Building a duplex or multi-plex or a cottage community of tiny houses in a space that previously may have previously housed a single family, could help the ease the affordable housing crunch.

The Adventures in Flocking