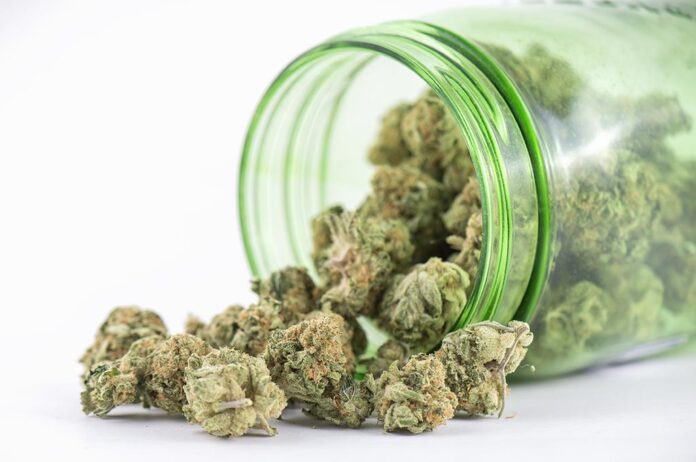 Six years after Oregon voters legalized the recreational sale and use of cannabis, cities around the state continue to tinker with various aspects of their local regulations.

In Tualatin, the City Council has directed City staff to draw up amendments to the City’s development code loosening aspects of the City’s regulations surrounding where cannabis-related businesses are allowed to operate. The move came after a wide-ranging discussion at a Sept. 28 Council workshop, as well as an online session held Sept. 16 to hear public opinion.

“I did stop in on the webinar, and honestly the questions I heard, too, were from people wondering why we were limiting it,” Councilor Bridget Brooks said at the Council workshop.

Currently, there are no cannabis businesses of any kind located inside city limits, in part because zoning regulations limit such businesses to a narrow section of industrial land on the western edge of the city.

“This is generally in the area of Ancestry Brewing,” City Community Development Director Aquilla Hurd-Ravich said during the Sept. 16 public session. “Currently we do not have any marijuana businesses. Current regulations only allow marijuana businesses in a slice of industrial space on the west side of the city, and what this map doesn’t show is the requirement requiring any type of cannabis business to be at least 2,000 feet apart.”

That is just one city regulation that has served to prevent these types of businesses from opening in Tualatin. Others require cannabis businesses to remain at least 3,000 feet away from any schools, libraries, parks or residentially zoned land.

“The required minimum distance between libraries and parks, by our code, is being considered at 1,000 feet,” City Planner Erin Engman said during the online session. “And with the proposed buffer reduction, between Tualatin Commons and the Tualatin Library, that would exclude much of the downtown core area.”

Tualatin Community Development Director Aquilla Hurd-Ravich told councilors there has been interest from cannabis businesses over potentially locating in Tualatin ever since voters approved legalization.

“Since 2015, which is when our regulations are adopted, we have heard from interested dispensaries wondering where they can locate,” Hurd-Ravich said. “How much we’ve heard, I couldn’t say. It’s not an overwhelming amount, but we do get some interest.”

Written feedback received by the city seems largely against changing existing regulations. But councilors noted this is an incomplete view of public opinion.

“When these ordinances were first drafted, we had a phone survey,” noted Mayor Frank Bubenik. “And the majority of residents were in favor of having cannabis facilities in the city. They were not against it; they were for it. That survey is still out there. We’re not passing anything right now; all we’re doing is asking staff to draft ordinance changes to take to the planning commission and then send them back to us.”

Councilor Robert Kellogg also asked for elimination of the current 3,000 square foot limit on the size of cannabis businesses required by city code.

Councilors Paul Morrison and Nancy Grimes expressed concern over the proposed changes, Morrison out of longstanding opposition to legalization and Grimes out of a wish to reflect the wishes of residents who are also opposed to the move. The latter also noted, however, that she is not entirely against the idea of amending city code.

“The voters have spoken, they’ve legalized recreational as well as medical cannabis,” she said. “But I also feel like we can’t not listen to all of the people who have written, come to council meetings, who have opinions as well.”

At the same time, Grimes said she doesn’t have a problem with city code mirroring what’s allowable under state law.

“I don’t have a problem with that,” she said. “But I’d like to keep the zoning so that the acceptable areas are down around the industrial area, the “neck of the moose.” [see maps – if you visualize the shape of Tualatin as a “moose head,”the neck area should be apparent].  I don’t support, at all, opening up areas around Bridgeport.”

From Running Banks to Runny Noses

Improve your Gardening Skills while Contributing to Community

Showing, Rather than Telling the Story of Stormwater