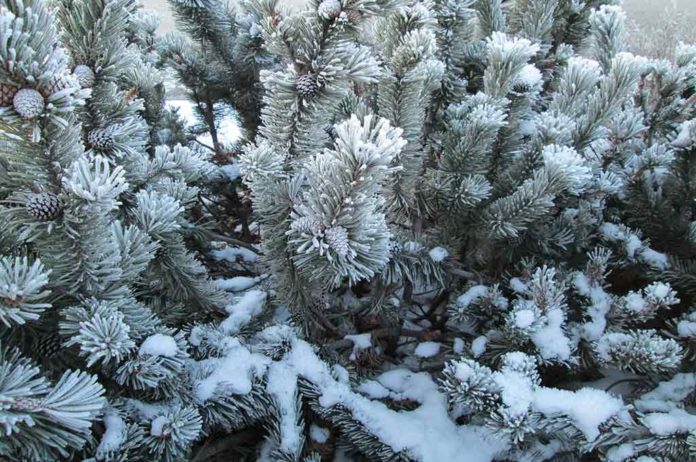 In the universal scheme of things, I think the holiday season comes, whether we like it or not, at the most appropriate time of the year. I’m speaking of course, from my Pacific Northwest viewpoint.

In other words, I couldn’t imagine what a warm, summer-like Christmas would be like.

The timing of the season is appropriate because well, some of the most active, blooming plants in the garden take a winter snooze. The weather gets both wet and cold (read chilly) and because of time changes that I only cursorily understand, it gets dark earlier.

This creates an almost sense of urgency to stay in a warm bed (Why is the temperature perfect at the exact moment I have to get up?) and also, to eat more. (I’ve heard of cases where both are simultaneously combined.)

So thus, it makes complete sense to have a “holiday time” where nearly everyone can rally around to keep up the spirits. Somehow if we chose say, Presidents’ Day, to land in December it wouldn’t have the same umph in my opinion. (24 hours of Presidential music playing? Oh my.)

So it was in this fleeting moment of philosophy that I found myself on the first day of “The Season” to begin to flock Christmas trees.

“Flocking” for those Green Tree’ers is a somewhat orderly process to take both wondrous parts of our world – a perfectly shaped, fragrant green tree (that you currently enjoy) and combine it with the magical, almost-mystical atmospheric layer of white “snow”.  This, so it can be brought indoors to enjoy it where its more comfortable.

For many, it’s like adding the whip cream to hot cocoa. It’s not completely necessary but for many, it can be nice.

Technically speaking, flocking is made up of mostly of a fine ground type of paper (imagine a gargantuan roll of paper towels going through a special grinder) and bit of corn starch (as an adhesive)  and a sprinkling of earth-mineral boron (as a fire retardant).

This particular mixture of ingredients came onto the scene really in the 1950s and 60’s. (Man, they say, had been trying different methods for thousands of years, however.)  The equipment to create the flocking it’s worthy to note here, as well as the machines to apply it to trees was also invented during that time.

So for me, as the “tree flocker” I could see the orders were already beginning to line up, each tree with individual flocking “preferences” handwritten and tagged onto a mid-height limb.

The scene reminded me of a hungry crowd waiting in line at a busy restaurant.

Strangely proud, I’ve been flocking trees for over 20 years. It’s one of those hidden talents I suppose that I could bring up at a cocktail party (awkward silence) or as part of an introduction on a game show.

Yet, I’ve learned more each year I’ve attempted. This year, as I was setting up the machine, I reflected on all the prior years. During my fifth year, I remember frantically ordering a new flocking motor after spending the entire night in a dimly lit cold warehouse trying to do elaborate electrical surgery amongst the wet sticky fluff. (I ordered three motors that year before I realized it was the actual flock causing the damage.)

The machine is built with a mixing motor that churns the powdery flock like a windmill (complete with gears and belts) before it’s blown full force via a blower motor through a small opening into the flocking gun. At the moment the flock is flung mid-air it’s mixed with a fine mist of water. Get it too wet and the flock lands like mud. Too little and the powder blows away the moment the tree moves.

If any of the gears or belts or motors or switches refuse to play their part of the choreography the machine won’t work. Yet when it does, the “snow” falls onto the tree as if it were the real thing.  And therein lies the challenge. It’s the exact meeting of mechanical engineer and artist.

Setting up the area I hurried through the details. The length of the hose, the adequate water pressure, the absolute dryness of the flocking bin, the various switches, the flocking area, (outdoors and not inside because I like the windswept, natural look), the drying area, the tools needed in a pinch. Each of these “checks” represented an emergency from prior years.

The sun however, was setting and my fingers felt the cold. It was nearly dark when I thought I still had enough time to do my first test. I opened and closed the release shutter and was satisfied when I emptied the first bag of  powdery flock into the machine. Not too little, but not too much either I told myself. (Remember what happens when the mixing wings can’t turn the belt and it all begins to smoke.)

I plugged in the machine and hit the master switch and reached instinctively for the gun lever. There was only silence.

“Tis the season” I thought. Apparently, I have more to learn before I’m through. I wouldn’t trade it for anything.

A lesson in the ‘history’ of Mayor Bubenik