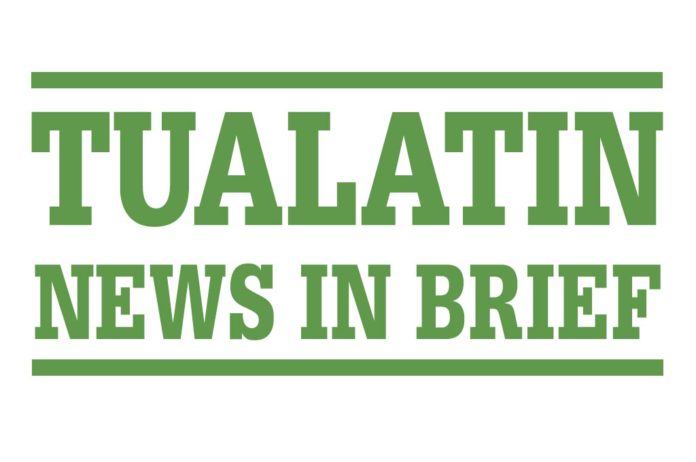 City honors employee of the year

Jackie Konen, Tualatin’s volunteer project manager, has been named the city’s 2019 employee of the year. “Jackie is one of those people that make a difference every day. She is determined, humble and kind,” City Manager Sherilyn Lombos said in a press release. “She is a fitting recipient of this honor.” Among her duties, Konen coordinates the city’s tree-planting program, through which 175 volunteers recently planted 1,300 trees, shrubs and flowers at Saum Creek Trail. The City Council will honor Konen during its April 13 meeting, according to the release.

The City Council on Feb. 10 approved a new liquor license for 60’s Café & Diner, which will be located at 19358 SW Boones Ferry Road, a city staff report says. The license will allow the establishment to serve liquor, beer, cider and wine for on-site consumption, as well as sell malt beverages for off-site consumption. According to the license application, the restaurant will serve hamburgers and milkshakes and be open daily from 8 a.m. to 10 p.m. It will have two full-time and six part-time employees. A message to the proprietor went unanswered.

Food trucks will soon be allowed to operate in a swath of Tualatin along 99W. Currently, mobile food vendors are prohibited from doing business in the area because of its general commercial zoning designation. In January, Mayor Frank Bubenik said that Tiny Wolf Brewing expressed interest in hosting a food cart at its location along 99W in Tualatin. During a Feb. 24 work session, the City Council asked staff to draft an amendment to the municipal code that would allow food carts in that area.

The City Council on Feb. 24 gave staff the go-ahead to start honing in on potential new urban renewal areas in Tualatin. City staff has identified two general areas for potential urban renewal: the industrial southwest concept area with Basalt Creek and the central business area adjacent to I-5 and including Bridgeport. Possible renewal projects include developing amenities to support public transportation, affordable housing and mixed-use projects, among others. Through spring and summer, city staff will work to better define the boundaries of potential renewal areas and conduct feasibility studies.

Local Scouting units will be Scouting For Food, Dec. 6, 2014