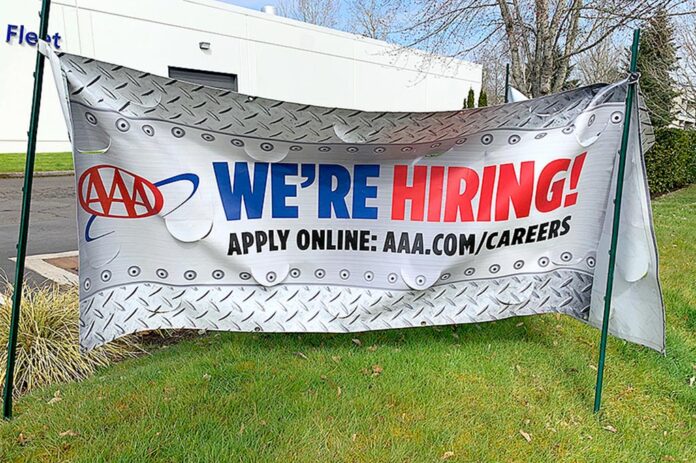 Most people assume that when unemployment numbers are lower that it is a good thing, a good economic indicator, but that is not always the case, and certainly not now. Here’s why.

Prior to the pandemic the record low unemployment numbers were in the 3.5% range, which made it very difficult to find people to take the many jobs that were available when the economy was booming, which it was. Businesses had orders but could not fulfill them because they lacked the personnel to get their product out the door. Many local businesses I know of personally wanted to add a swing shift, for example, to handle increased demand but could not get the help they needed to accomplish this.

And now, after seeing unemployment numbers spike during the peak of the pandemic to double digits, (some reports as high as 14%) that number has softened to about 6.2%, but it feels much lower than that because of several factors.

For starters, it is not a myth that many able-bodied, perfectly employable people simply do not want to work as they can make as much or more not working between unemployment benefits, generous kicker checks, and stimulus checks that all add up to make working less appealing and necessary to the lower wage, entry level workers that are in the highest demand category.

Additionally, just look at certain mega-companies, Amazon being a perfect example, taking massive swaths of lower-wage workers out of circulation with their cool vibe, better than average pay, flexible hours, cool vans, even cooler shirts. (Yes, those things matter to this wage category worker.)  It really does seem like every other vehicle on the road is an Amazon van.

But seriously, while the politicians love to gloat over low unemployment numbers, it’s actually quite painful to our local economy when they get to these super low levels. Wages have shot up dramatically over the last 2-3 years, and it’s not even making a dent in getting clients the talent they so desperately need.

Just a couple years ago, $15 an hour for an entry-level job, a relatively low-skill-level production worker, was unheard of. That would have started in the $13 range and you would have had takers. Now we advertise for $15-$17 for the same low-skill level worker and get remarkably few bites.

And I won’t even get into the quality of these elusive workers. When this young group of laborers, most of whom have never experienced a recession or high unemployment, do not value their jobs as people once did.

I’ve been at this business for 21 years and have witnessed a staggering change in the attitudes of our entry-level candidates, and it’s not for the better. They could care a less about losing their job because there are hundreds of other jobs at their disposal, and this is not lost on them. They could get a new job on their iPhone at lunch, and many do.

So, these are tricky times. I say these things not to be discouraging, because the economy appears to be roaring right back for so many.  We are in a boom time that appears to be sustainable for so many of our local businesses. However, I am throwing caution into the wind as far as the impact of super low unemployment, as it is a mixed bag and might not be all you think it is. Like so many things, balance is key, and I’m hopeful we’ll find it in our work base soon.

Tigard-Tualatin Students Return to the Classroom