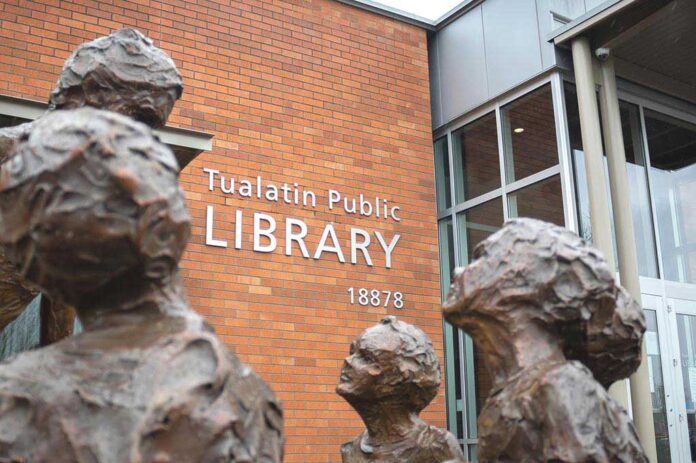 City Council last month approved a new intergovernmental agreement, affirming the Tualatin library’s continued participation in a cooperative that gives patrons access to materials from about a dozen libraries.

“I wish all of our decisions were this easy,” Mayor Frank Bubenik said of the unanimous vote to ratify, renewing Tualatin’s participation in the Washington County Cooperative Library Services alongside nine other cities and three non-profits.

The agreement replaces and merges two earlier versions that expired in June 2021, rolling funding and service into a single document.

This means library card holders can continue to access and check out materials from a county-wide collection of more than 1.7 million items, including online resources, eBooks and streaming media, in addition to traditional media.

Behind the scenes, it provides critical infrastructure that keeps the library running. Think integrated software, inter-library mail, postal delivery of materials to homebound patrons, and the bibliographic and authority records, which keep search engines up to date and materials easy to find.

“Having these services provided at the county level is more efficient and cost-effective than each library being responsible for them (individually,)” Library Director Jerrianne Thompson said.

Thompson detailed the resolution for City Councilors during a May meeting.

Funding for the Coop’s $35 million budget comes primarily from the county, with 60 percent provided by a transfer from the Washington County general fund and the remaining 40 percent from a local levy renewed every five years.

The levy, which had three remaining years, won’t be up for renewal until 2025.

Each of the Coops participating jurisdictions will consider the agreement individually and report back to the Washington County board of commissioners in early June.

“Washington County has been a terrific partner in this program,” Bubenik said. “We certainly could not run the library the way we do with the level of service provided without county funding. I’m all on board with continuing the agreement.”

Gardening During a Pandemic