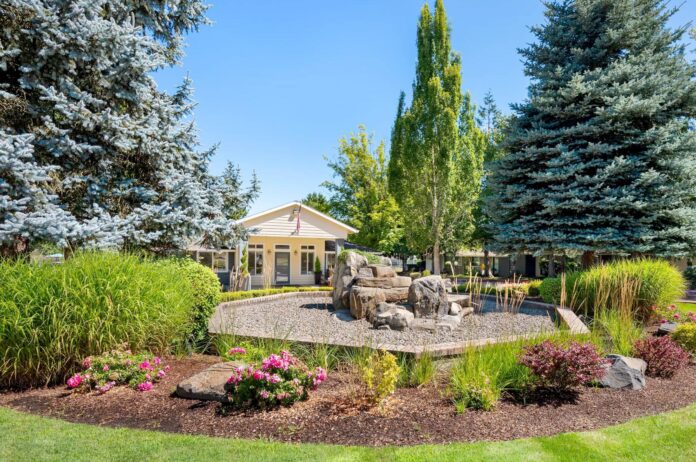 A zone change request meant to pave the way for infilling more than 100 new units in the Tualatin Heights Apartments has become the city’s first trial of a recently adopted land use ordinance that relaxes restrictions on multi-family housing development.

“Infill on the existing site could provide 116 units, which would address the deficit you currently have in the residential medium-high designation,” Angelo said, referring to 2019 housing analysis that identified a medium-high density housing shortfall of 109 units and about 7 acres.

If approved, the change will shift Tualatin Heights zoning designation from medium-low to medium-high density, allowing it to expand by nearly 50 percent from a 10 unit per acres 224-unit maximum to 15 units per acre and 336 total units.

While the city Planning Commission recommended greenlighting the change, City Councilors ended the hearing after nearly two hours of testimony and discussion without a decision, instead opting for a continuance.

“The housing needs analysis is a goal, and it’s a target that the Council set that the Council is striving to meet,’ said Tualatin Assistant Community Development Director Steve Koper. “I think it’s clear that we’ve identified a couple of the conceptual plan criteria and provided findings that proposal meets the criteria.”

Under HB 2001, Council can only deny the request if it deems rezoning the property is not in the best public interest, a task that could prove difficult and which could be appealed to the Oregon Land Use Board of Appeals.

In an attempt to help ease housing shortages around the state, the bill requires cities of more than 25,000 to amend codes that inhibit construction of multi-family housing.

“From a purely legal perspective, if you are going to find this is not in the best interest of the public, then I think you have to articulate very specific reasons why that standard is not met,” City Attorney Chad Jacobs advised. “It’s not an easy standard. We’re going through things for the first time under HB 2001. Lots of cities are struggling with this, and I can’t promise you how LUBA’s (Oregon Land Use Board of Appeals) going to rule on that if there is an appeal filed.”

City Councilor Maria Reyes spoke in favor of approving the request, saying the need for housing is greater than the potential problems.

“To me, what matters is that someone is inside a home warm with food, and then the rest will be fine,” she said. “I guarantee you that’s how my community thinks. That’s how my mom and I and new immigrants think.”

“Was there any thought put into the recycling and the garbage waste management portion of the facility at all,” asked resident Scott Bauer. “Currently, we have a decent compactor and about seven recycling bins. Every garbage day, you can barely get into the area to even recycle or put your garbage in the trash.”

Even if the zoning change is granted, additional units aren’t a done deal.

The conceptual plan Angelo presented is an early-stage rendering of one possible expansion and not the subject of the hearing. If the complex is rezoned, development plans will still be subject to passing an architectural review in a separate process before construction could begin.

Multiple councilors voiced concerns ranging from increased traffic and proximity to a school to impacts on quality of life for current residents to affordability.

At press time, the complex had about a half dozen available 2 bed/2 bath apartments listed between $1599 and $1814.

Councilor Christen Sacco called the decision one of the most difficult she’s faced.

“We have a huge housing crisis in our area,” she said. “At the same time, there are concerns about losing storage, green spaces and parking. We want to maintain a decent quality of life for everybody and not leave people behind.”

Neighbors along SW Sagert say they’re already struggling with the impact of overflow parking from the complex, which they say monopolizes the spaces in front of their homes, clogging the street, leaving little room for their garbage and recycling cans.

Tualatin Heights has 457 parking spaces for its 220 units. One space is included in the rental agreement, with another available for $25 a month. According to Bauer, the fee and the lack of visitor parking drive tenants and their guests onto the street.

Earlier this year, Keil and other neighbors took their grievances to the city, which in turn conducted a parking study last July.

“We could fix the issue for the residents across the street pretty easily with a permit area,” said Mayor Frank Bubenik. The city already has a permit-only area around Tualatin High School and another near the Hazelbrook apartment complex.

“HB 2001 kind of handcuffed us,” Bubenik said. “The purpose was to increase density and remove arbitrary standards so that cities couldn’t just block things they didn’t like. Not that this is what’s happening here, but this is the first instance when we’re going to start seeing the impact of HB 2001.”

Washington County Gyms Reopen to a Sigh of Relief