High levels of patriotism and enthusiasm were literally in the air throughout the 2015 Memorial Day Observation at Winona Cemetery here on May 25 and continued on through the festive picnic provided by the VFW Men’s Auxiliary 3452 at Tualatin Community Park. The West Coast Ravens opened the ceremony with a flyover, doing a dramatic Missing Man formation. As the six RV (experimental) aerobatic aircraft crossed over the cemetery, one plane pulled out of the formation, and turned to the West, leaving a symbolic empty slot to honor a fallen aviator. Emcee Dale Potts noted, “Ravens may be a tame sounding name but they sure put on a dynamic show.”Million to build a new one. 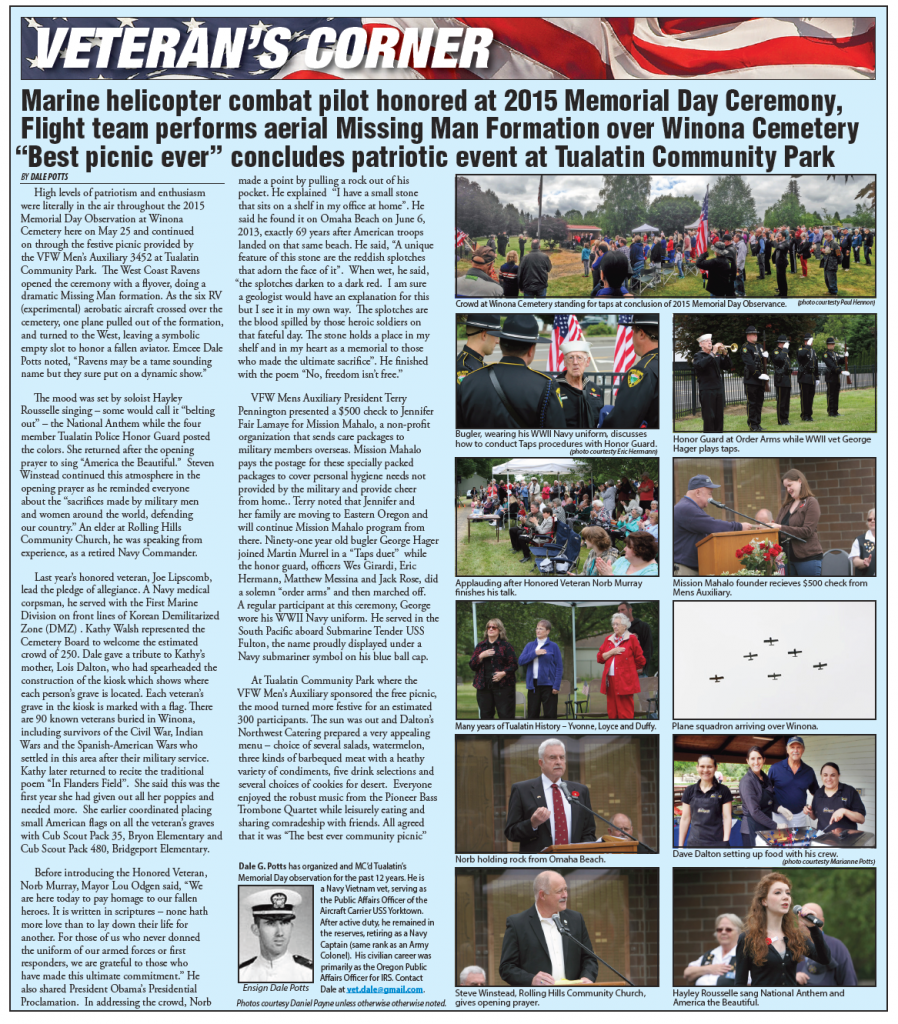 Prepare your pets for disasters