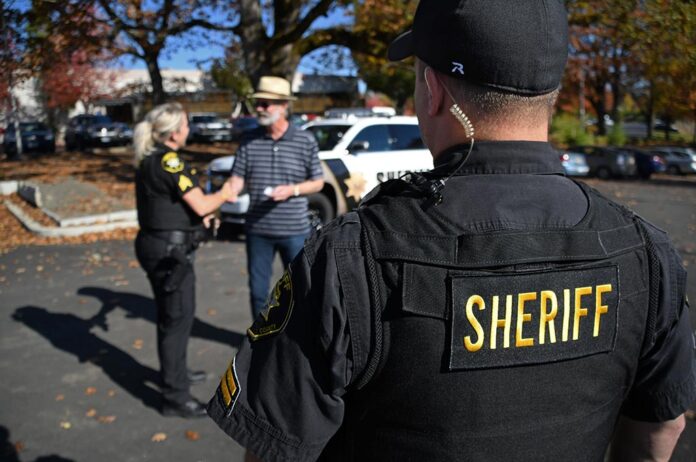 In the wake of ongoing national debate over the killing of George Floyd and police use of force, the Washington County Sheriff’s Office is taking a proactive approach on the matter.

Washington County Sheriff Pat Garrett revealed last month that Seattle-based Polis Solutions will be overseeing a detailed review of both his agency’s use of force policies as well as recent use of force incidents involving sheriff’s deputies. Garrett told the Washington County Board of Commissioners at their Sept. 15 meeting that the move was prompted not by any specific incident, but by a general interest in strengthening trust with the community.

“We came to conclude shortly after George Floyd was killed, and other events as I alluded to earlier, local and regional and national, that now is the time to really lean into this conversation about use of force and lean into reform discussions,” Garrett said. “This is a front burner topic for our community and for our profession, so it’s been building for a few months. But it’s taken us a few months to really get to proposals that were well informed.”

Chief Deputy Karlyn Degman said a committee comprised of uniformed staff from the Sheriff’s Office patrol and jail divisions, as well as community members and the county’s Administrative Office, helped make the selection.

Polis Solutions has worked previously with the Chicago and New York City police departments, among others, she added.

Work has already started on collecting documentation on policy and previous use of force incidents, with site visits scheduled to begin in November. Polis Solutions staff will be talking with agency representatives and observing deputies as they work.

Interim findings will be shared with the county, and a final report is expected by March 2021. That report will be presented at a public workshop, where community members and others will have a chance to review and critique the findings. After that, implementation planning will be done for any policy recommendations that result from the study.

“Our policy training and internal assessment regarding use of force, that’s a big deal in policing,” Garrett said. “Where I hope we have the most opportunity to grow is in training and accountability.”

Board chair Kathryn Harrington noted that Washington County residents are largely “very satisfied” with local law enforcement, but noted this is not universal.

“This is really about deepening engagement, which is already strong on many levels,” he said. “But we have room to improve on levels as well … we have room to grow and we will continue to engage in a meaningful and deep way going forward. This is just part of that effort.”

Remembering our Veterans on Memorial Day

Helping You Navigate Your Journey Through Parenting: Prevention through Education and...