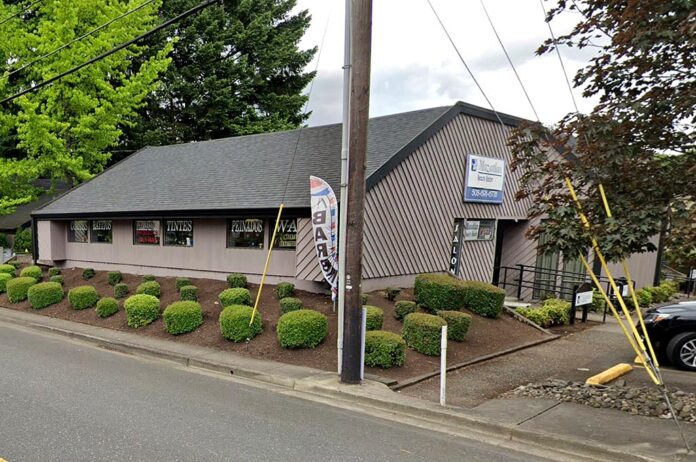 Schneider’s extensive background in nonprofit leadership combined with her commitment to community-based organizations, will help to further advance the mission of TFP. She most recently served as the Executive Director for the Blosser Center for Dyslexia Resources where she was instrumental in leading the Center through the pandemic and improving the organization’s financial position.

“The TFP Board was very impressed with the skills, experience, and passion for service that Danielle brings to the pantry,” shared Mike Shiffer, TFP Board Chair. “We look forward to the leadership that Danielle will provide to our volunteers and clients as we work with her going forward to feed hungry neighbors in a caring way.”

Schneider assumed the role on January 18. She is responsible for the professional management of the organization. Schneider will also lead fundraising efforts as well as marketing and community engagement initiatives.

“This is a very exciting time for TFP, and I’m delighted to be able to help grow the organization to continue to serve our most vulnerable neighbors,” says Schneider.

Prior to the Blosser Center, Schneider worked for more than a decade as a fundraiser for the Portland State University Foundation and Open School. She serves on the Board of Directors for Abby’s Closet and the Dance Drill Coaches Association of Oregon and is former Board Member for Camp Fire Columbia.

According to court documents, beginning in fall 2021, U.S. Drug Enforcement Administration (DEA) agents based in Portland began investigating a drug trafficking organization led by Luis Antonio Beltran Arrendondo, 32, of Las Vegas, who was suspected of importing counterfeit oxycodone pills containing fentanyl and heroin from Mexico into California, and transporting it to Oregon and Washington State for distribution. Arrendondo formerly resided in Oregon, but later relocated to Las Vegas with his significant other and accomplice Jacqueline Paola Rodriguez Barrientos, 41. Barrientos was also indicted as the chief money launderer for the Arrendondo organization.

As the investigation continued, agents interdicted couriers transporting fentanyl pills and heroin to Oregon. They executed search warrants in Hillsboro, Portland, Tualatin, and Wilsonville, Oregon; Fresno and Hawaiian Gardens, California; and Las Vegas. In total, these enforcement actions resulted in the seizure of approximately 115,000 counterfeit oxycodone pills suspected to contain fentanyl and stamped “M/30”, 41 pounds of methamphetamine, and more than 57 pounds of heroin.

A parallel financial investigation revealed that Barrientos laundered money generated by the Arrendondo organization through the Mazatlán Beauty Salon in Tualatin, Oregon and by buying real estate. The real estate purchases were made with cashier’s checks funded by large cash deposits. Currency Transaction Reports generated by several banks showed that Barrientos made frequent cash deposits ranging from $10,000 to more than $373,000 into accounts held in her name or the name of her salon. These deposits totaled more than $3.5 million during a 9-month period in 2021. Since February 2021, members of the Arrendondo organization purchased a total of nine residential properties in Oregon and Nevada with an estimated total value of more than $4.6 million. All nine properties were purchased outright with no mortgages.

Acting U.S. Attorney Scott Erik Asphaug of the District of Oregon made the announcement.

This case was investigated by DEA with assistance from the FBI, Homeland Security Investigations (HSI), IRS-Criminal Investigation (IRS:CI), Tigard Police Department, and Oregon State Police. It is being prosecuted by the U.S. Attorney’s Office for the District of Oregon.

An indictment is only an accusation of a crime, and defendants are presumed innocent unless and until proven guilty.

Opioid abuse affects communities across the nation. Provisional data from the Centers for Disease Control and Prevention (CDC) indicate that there were more than 100,000 drug overdoses in the U.S. during the 12-month period ending April 2021, an increase of nearly 29% from the previous 12-month period. Synthetic opioids (primarily fentanyl) accounted for more than three quarters of these deaths. Drug overdose continues to be the leading cause of injury or death in the U.S.

If you or someone you know is in immediate danger, please call 911.

Police Chief is retiring after a job well done