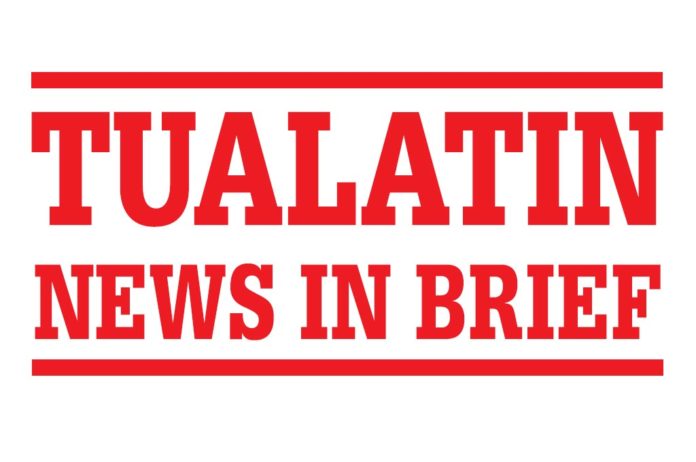 Revisiting Tualatin’s marijuana business regulations is still on the City Council’s to-do list, Mayor Frank Bubenik said during the June 22 council meeting, but has been temporarily sidelined as the city grapples with the coronavirus pandemic.

Anthony Stewart, an attorney for Western Oregon Dispensary, raised the issue during public comment at the meeting. Earlier in the year, some on the council expressed support for potentially increasing the area where marijuana businesses could operate in the city. Currently, such businesses are limited to operating in a portion of industrial land on the west side of the city.

“We haven’t forgotten about it. COVID has changed priorities drastically over the last few months,” Bubenik said, adding that city staff is collecting information, including community input, about the regulations for the council.

During councilor communications toward the end of the meeting, Councilor Paul Morrison, who has supported leaving Tualatin’s marijuana regulations as they are, said that the city is following best practices in regard to the location of marijuana businesses, and “there is absolutely no concern of any money having to be repaid because we do allow them.”

“It is a pleasure to be here,” Boyle said. “I appreciate the opportunity to end my career here at some point down the line. This is where I live. I’ve been here 14 years – my wife and I and our family have made Tualatin our home, and we’re excited about this opportunity.”

Benjamin Caracciolo has been hired as a full-time human resources specialist after starting as a temporary employee late last year.

“Benjamin is one of the rare folks in this world who started off in his career actually aspiring to be in human resources,” Stacy Ruthrauff, the city’s human resources director, told the council. “He’s taken to the HR field exceptionally well. Not only because of his desire to help others and his quick-to-learn attitude, but also because of his likeable demeanor.”

Washington County Deputy Rian Alden on June 26 turned himself into the Washington County Jail after a grand jury charged him with second-degree assault, unlawful use of a weapon and official misconduct in connection with a 2018 use-of-force incident that allegedly occurred while Alden was booking an arrestee into the jail, according to the Sheriff’s Office.

“Given new information available in this case, I understand and support the District Attorney’s decision to present the evidence to a grand jury. I thank the grand jury for their time and respect their decision,” Sheriff Pat Garret said in a June 26 statement.

Alden was lodged at Columbia County Jail due to safety reasons, and his bail was set at $250,000.

School board condemns racism, pledges to be ‘anti-racist’

The Tigard-Tualatin School Board on June 8 approved a resolution condemning racism and committing to be anti-racist in a 4 to 1 vote. Students inspired the resolution and helped write it, according to a press release.

The resolution, which references George Floyd, Breonna Taylor and Ahmaud Arbery as recent victims of racism and police violence, calls for the district to be “actively anti-racist,” adopt a hate-speech policy, “use an equity lens for all future curriculum adoptions” and to have a more diverse workforce.

“I have been talking about hate speech since my freshman year. I can’t keep waiting. It’s been enough time,” Tigard High School student Abdirahim Mohamoud said to the board. “I have a little sister coming to THS next year. A little brother going into his sophomore year. They shouldn’t have to deal with that. Our job is to come to school in a safe environment and learn. And your job as a district is to provide that. I have done my part. Now I’m asking you as a district to do yours.”

The district will seek input from students and the community and put together an action plan based on the resolution, according to the release.

National Night Out canceled for 2020

Tualatin’s annual National Night Out, which was scheduled for Aug. 4, has been canceled because of the ongoing coronavirus pandemic, according to the city. The event, which usually occurs in cities across the nation on the first Tuesday of August, involves neighborhood gatherings, parades and other festivities. It’s all aimed at giving police and residents the opportunity to interact. The national organization behind the event has advised cities to postpone local celebrations until Oct. 6.