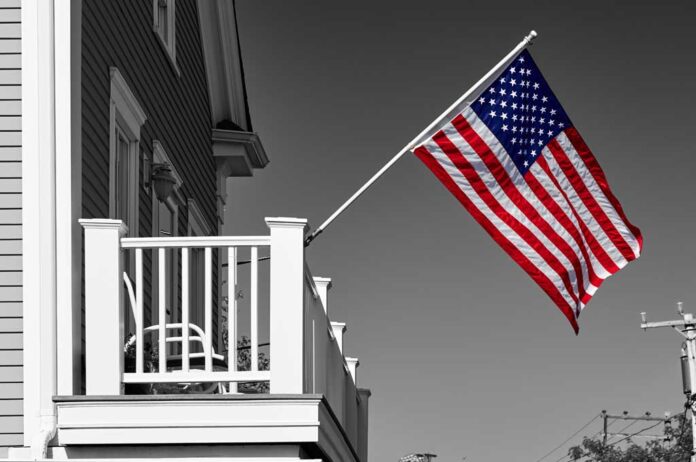 Because of my patriotic activities, I get questions about US flag procedures.  Probably the most frequent question deals with disposing of flags.  In most communities, veteran organizations handle that. In Tualatin, the Elks have taken on that responsibility. They accumulate flags all year and perform a wonderful disposal ceremony on Flag Day, June 14. The Tualatin Elks Club is located at 8350 SW  Warm Springs St and is open most afternoons.

Basically, flag etiquette is a matter of respect.     Interestingly, there are federal laws regarding display and care of the US flag — Chapter 1 of Title 4 of the United States Code. But since there is no penalty for not complying, it is not enforced. Also, the US Supreme Court has ruled that punitive enforcement would conflict with the First Amendment right to freedom of speech.

Prior to 1923, there were no official guidelines. On June 14, 1923, the National Flag Code was developed by representatives of over 68 organizations, coordinated by the National Americanism Commission of The American Legion. Little has changed since June 22, 1942, the day the Code became Public Law.

The most recent change is the Duncan Hunter National Defense Authorization Act for Fiscal Year 2009. It allows members of the Armed forces not in uniform, and also veterans, to salute the flag during the pledge of allegiance and national anthem (Star Spangled Banner.)  Previously, only military members in uniform and members of patriotic groups wearing covers (organizational hats) were authorized to salute. The proper procedure for others is to place their right hand over their heart.  All present need to stand at attention. Also, men with head cover should remove it and hold it to their left shoulder, hand over the heart.

There are many rules on displaying the flag. Some I have to look up – issues like flag placement over streets, suspended by buildings, etc.  But the general rules are that the flag should ordinarily be displayed only between sunrise and sunset, although the Flag Code permits “night time display” when  a patriotic effect is desired.” When displayed at night, it should be illuminated. Also, the flag should be displayed only when the weather is fair, except when an all-weather flag is used.

The flag should not be used as “wearing apparel,  bedding, or drapery (covering a speaker’s desk, draping a platform, or window or any decoration in general; except for coffins). Bunting of blue, white, and red stripes can be used for these purposes. The blue stripe of the bunting should be on the top. However, flag lapel pins can be worn as they are considered replicas.

The flag should never be dipped to any person or thing unless it is the ensign responding back to a salute (flag dip) from a ship of a foreign nation. Some reports say this tradition dates back to the 1908 Summer Olympics in London.  Countries were asked to dip their flag to King Edward VII in the opening parade. American team flag bearer Ralph Rose deliberately did not dip and his teammate Martin Sheridan proclaimed that “this flag dips before no earthly king.”

Santa is Touching Down at Broadway Rose Theatre

A Story of Inspiration

Students to Return to Schools, In-person Classes for Elementary Students