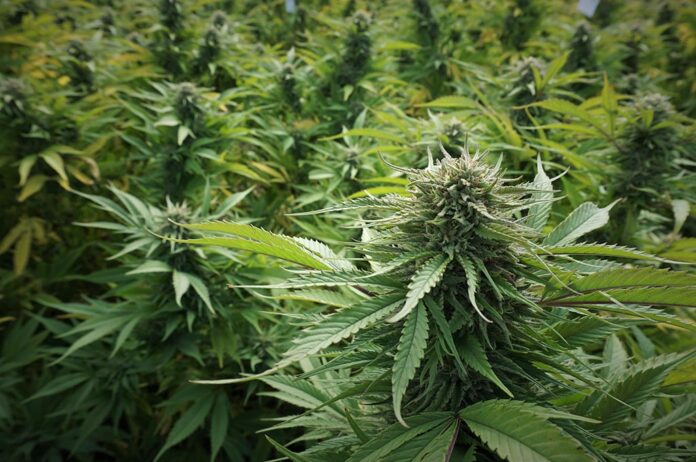 An attorney for a chain of dispensaries has asked the City Council to revisit Tualatin’s marijuana business regulations sooner than later, saying that if the council doesn’t act in the near future his client will take the issue to the Oregon Department of Revenue (DOR).

Anthony Stewart, who represents Western Oregon Dispensary, has claimed that the city’s laws regulating cannabis dispensaries, wholesalers and manufacturers are a “disguised ban” on such businesses in Tualatin. As such, he claims, the city should not collect marijuana tax revenue from the state, which it does.

The city was planning to gather community input on potentially increasing the area in which marijuana businesses could operate in the city. The issue was sidelined with the emergence of the coronavirus pandemic.

“We had talked about community organizations providing their input sometime later in the fall. Given the circumstances, we’d really like the council in one of its upcoming sessions to address this a little bit sooner,” Stewart said during the July 27 council meeting. “Western Oregon has indicated to me that if we don’t get some movement on this before we get the [Community Involvement Organizations] involved, we’re going to go down the process of notifying the DOR, as I described in my prior letter.”

Oregon voters passed Measure 91 in 2014, legalizing marijuana in the state and allowing local jurisdictions to regulate marijuana facilities. Tualatin’s regulations, passed the following year, call for a 3,000-foot buffer zone between marijuana businesses and schools, parks, residential zones and the library, limiting potential locations for such businesses to a portion of industrial land on the west side of the city. The city restrictions exceed the minimum state restrictions, which call for marijuana businesses to be located at least 1,000 feet from schools.

There are no dispensaries or other cannabis businesses in Tualatin.

During councilor communications at the end of the July 27 meeting, Councilor Robert Kellogg referenced Stewart’s comments and said, “I think it’s time to address these concerns and make a decision.”

“We’re still functioning as a city – we’re taking input on In-N-Out; we’re taking input on other issues,” Kellogg said. “And I think it’s time to put this issue in front of us, get all the community input we need and make a decision. I don’t want to call it a threat, but I don’t want anything looming over our heads about what might happen at the Department of Revenue or circuit court or where ever.”

When marijuana business regulations were discussed in January, Kellogg and Mayor Frank Bubenik said they were open to loosening the city’s restrictions. Councilors Maria Reyes, Bridget Brooks and Valerie Pratt were open to further discussion of the topic. Councilor Paul Morrison and Council President Nancy Grimes opposed changes to the 3,000-foot buffer.

Those positions have not  changed during the intervening months.

Grimes said that revisiting zoning for marijuana businesses “doesn’t really rise to the level of some of the projects … that I think are worthy of staff time and staff effort,” adding, “Frankly, starting off a meeting with being threatened with litigation doesn’t exactly make me want to bend over backward to try to rezone something that’s currently zoned.”

One concern, Grimes said, is whether the city will be able to gather “a critical mass” of community input during the pandemic for the council to make a decision.

“Getting people, getting people’s attention, getting them to focus on something right now outside of the urgent financial, medical and emotional wellbeing of a family. I just think it’s such a difficult time to talk about something,” she said.

Throughout the ongoing discussion of marijuana regulations, Morrison has maintained that the city is following best practices and does permit marijuana business to operate in Tualatin.

Opposition from Grimes and Morrison notwithstanding, the council majority asked staff to come up with a plan to gather community input and bring it back for their consideration.

Dave Dehart retires from Army with 20 years military service at...