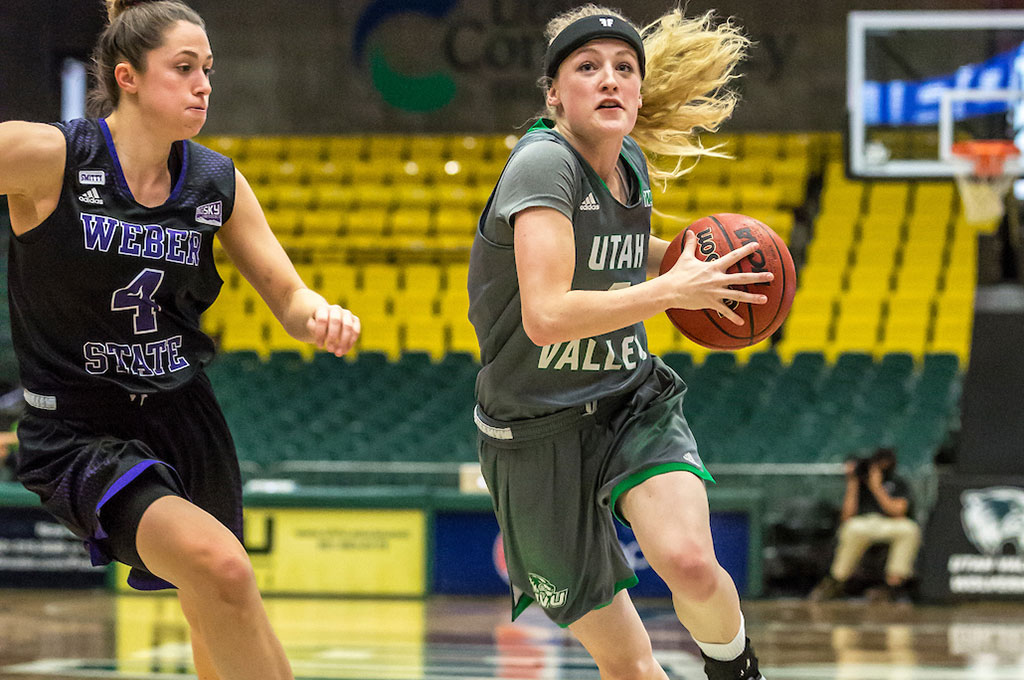 Utah Valley University Guard (and Tualatin native) Britta Hall was just named to the 2017 Allstate WBCA Good Works Team® – one of the most prestigious off-the-court honors in college basketball – after being nominated on Nov. 30, 2016. Only 10 players from the 97 nominees were selected for their distinguished community service.

Hall has made a positive impact through her ‘good works’ in the community and abroad, including taking 18 months off from school to serve as a volunteer missionary in Santiago, Chile where she spread faith, gave free English lessons and spent time helping in the community

In its fifth year, the Allstate WBCA Good Works Team® is comprised of 10 award recipients – five from NCAA® Division I and five from NCAA Divisions II, III and the NAIA.

The members of the Allstate WBCA Good Works Team® will be recognized during the 2017 WBCA Convention and at the 2017 NCAA Women’s Final Four where they will also participate in a community service project to benefit the host city of Dallas.

Tigard family furniture business started in Portland at the end of...

A Special Volunteer Opportunity awaits You at Coffee Creek