In March 1950 Clide Adams, Tualatin postmaster, identified Orba Elmer Jackson as the handyman who had previously worked
for Mrs. Harding at the Sweek house. Adams had been looking through a pile of wanted posters when he spotted a face that
looked familiar. He asked his clerk, Bonnie Ladd, if she thought it was the man they knew as Kenneth Van Kempen. Bonnie agreed.
Adams then contacted the F. B. I. Director in Portland and gave him Jackson’s forwarding address, and Jackson, who had been working as a hired hand on a poultry farm in Aloha was duly arrested. 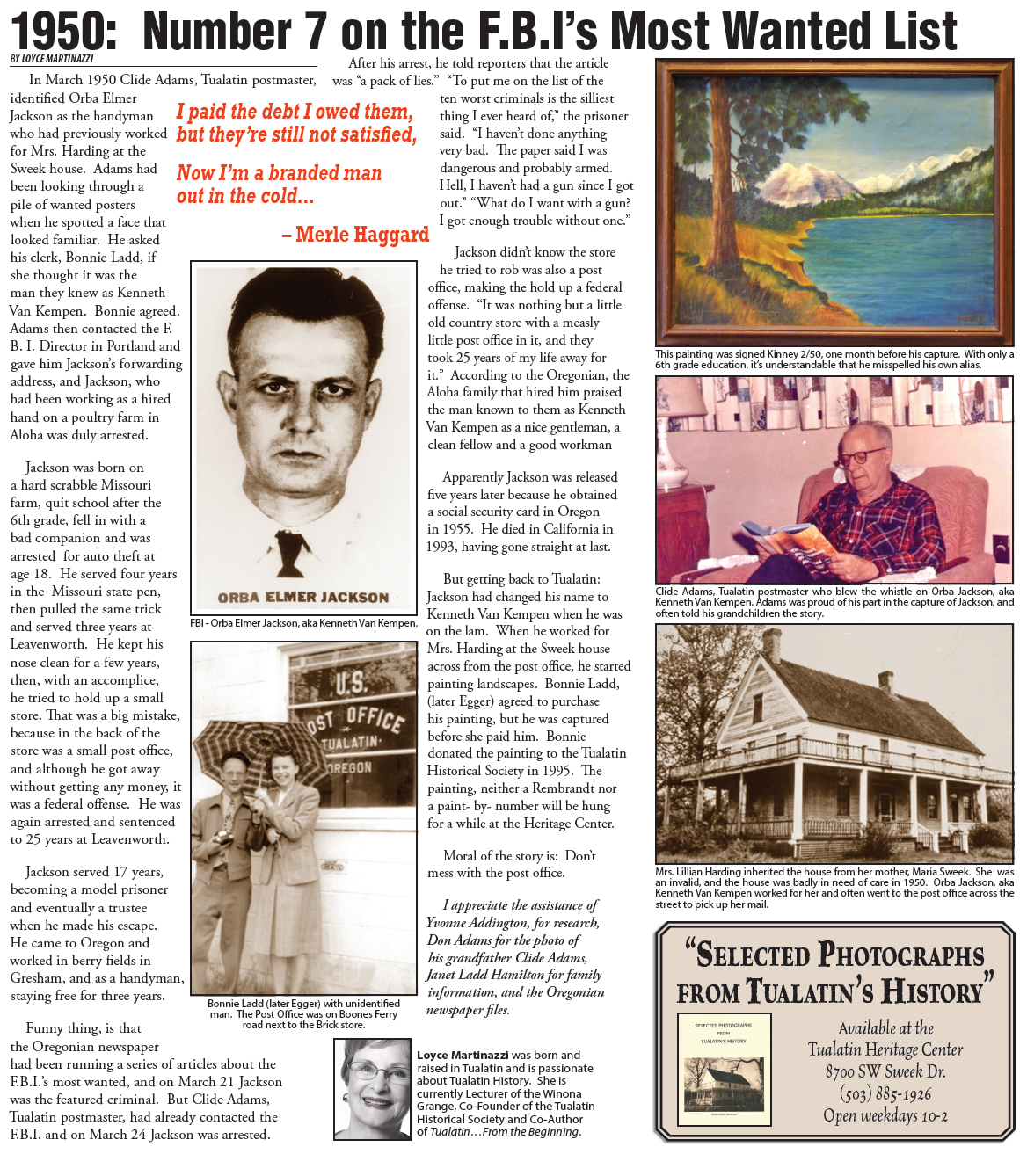