As the Second World War military battle in the Pacific moved westward, the United States needed a forward base to wage both Navy and
Air operations. Ulithi, an atoll composed of 40 small islands in the Westernmost Caroline Islands, uniquely met that need. This base
allowed the Navy to move forward in a huge leap, rather than moving slowly by capturing a series of islands to build a string of costly land
bases. Although the largest island in the atoll is only a half square mile, Ulithi has a reef 20 miles long and ten miles wide, with an anchorage depth ranging from 80 to 100 feet. Visitors still find it to be a typical volcanic atoll, with a coral reef, white sand beaches and palm trees. 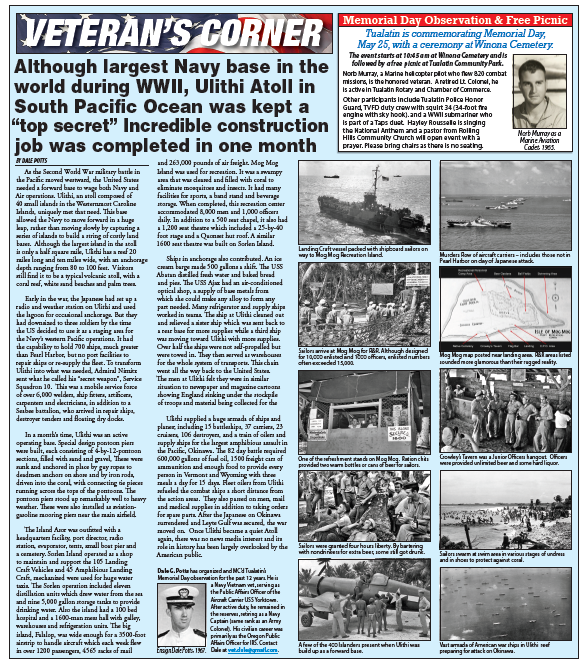 Could Rotary Membership Be Hereditary?

Marketplace Plans are more Affordable than Ever!