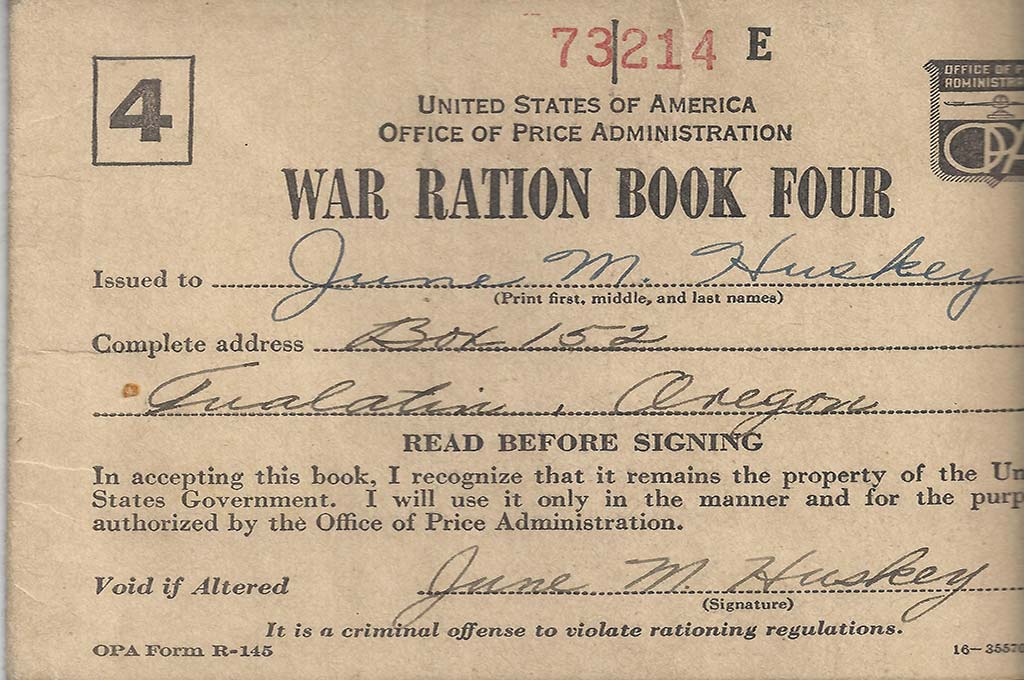 American citizens, including those of Japanese ancestry, pulled together as never before. The U.S Army built Camp Adair north of Corvallis, and Camp Abbott on the upper Deschutes River south of Bend as troop training facilities. There was a rush to “sign up”and join the armed forces. Our men were ready to fight for their country. Eventually women also joined up. Dolores McLaughlin joined the Women’s Army Corp (WACs).