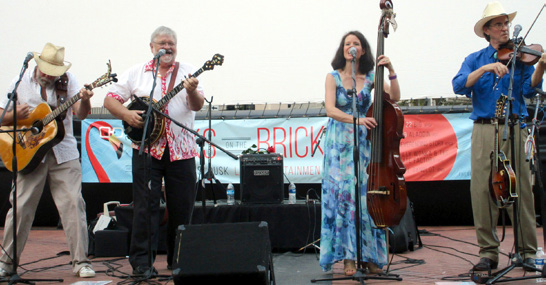 Based out of Ground Zero Studios (also in Tualatin), Kathy Boyd & Phoenix Rising has spent the past dozen years building a fan base on the airwaves with their original songs and sound. Their shelf full of awards includes multiple songwriter awards from contests and organizations such as the Roots Music Association and the International Music & Entertainment Association. Their five albums include three that have reached listing status on radio airplay charts. Two of those have reached number one status, and their Christmas album reached #1 status two years in a row! 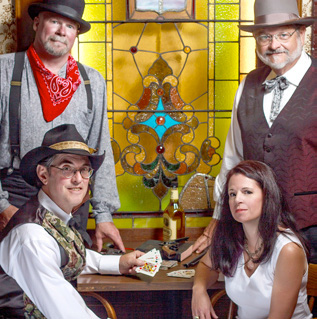 In 2014, “Spending Every Christmas With You” debuted as the #1 CD downloaded for holiday airplay for the second year and all ten songs immediately took up position on the Top 50 downloaded songs. The recording was nominated as the IMEA’s 2014 Holiday Album of the Year and the song “I’ll Be Home for Christmas (in the State of Oregon)” brought home the IMEA Holiday Song of the Year Award. Radio stations around the world continue to clamor for this original music that somehow feels as though it’s been a part of our holiday culture for decades – indicating that Kathy Boyd & Phoenix Rising’s “Spending Every Christmas With You” is well on its way to being a holiday classic. In 2015 music from this recording was developed into a television special and DVD titled “Bluegrass Christmas”.

“We are currently working on our sixth recording.” states band leader Kathy Boyd. “It’s been a long, slow process as we want it to be songs that have meaning to us as we’ve been fitting in both the writing and studio time around our performance schedule.

After our show in Tualatin we’ll be taking a bit of time off to work a bit on the creative process, but folks who attend will get the opportunity to hear a good sneak peek of about half the songs on the new recording.”

Kathy Boyd & Phoenix Rising can be found mainly at performing arts centers and community festivals, but Kathy exclaims, “We got hooked on summer concert series last year after we ended up with so many on our calendar, and we really hope to expand on that in 2017.” 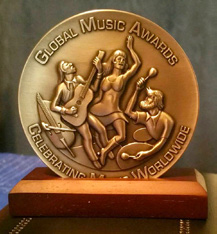 The Pacific Northwest’s “little band that could” added yet another award to their shelf this week when the 2016 Global Music Award winners were announced and Kathy Boyd & Phoenix Risings band leader Kathy Boyd brought home a Silver Medal for Outstanding Achievement for her original song “Who Will Pray For Me” in the categories of song and lyrics/songwriter.

“The song “Who Will Pray for Me” was written during a time when my Mother passed away and then my brother died a mere four months later.” stated award winner Kathy Boyd. “It is, however, about those times in life when we’re all looking to reach out to receive a bit of understanding, and no matter how kind people are to us it just isn’t enough.”

The song has will be released on the bands upcoming 2017 album “40 Years of Lonesome”, but in the meantime radio stations can download a “sneak peek” of it for airplay via AirPlay Direct at www.AirPlayDirect.com/WalkHumbly.

Along with this new honor, awards on the Kathy Boyd & Phoenix Rising trophy shelf include the 2016 International Music and Entertainment Association Bluegrass Song of the Year (Let Her Roll, which will also appear on the new CD due out in 2017), the IMEA 2015 Bluegrass Group of the Year, the IMEA 2014 Holiday Song of the Year (I’ll Be Home for Christmas in the State of Oregon, which appear on the Spending Every Christmas With You CD), the 2010 International City Love Music Songwriting Competition win (12 More Miles to Clatskanie which appears on the Burning Down the House CD), and the Roots Music Association Bluegrass Songwriter of the Year (Dennis Nelson).

Kathy Boyd & Phoenix Rising will be making a rare hometown appearance as part of the Winona Grange 2nd Saturday Concert Series in Tualatin on January 14th, 2017. For more information and to see the band live check out www.sandairishentertainment.com or call 503-691-2078.

The concert on Saturday, January 14th begins at 7:30 pm. Tickets are $20 and are available at www.brownpapertickets.com.

The Garden From the Outside Looking In

Growing a Protest in the Garden

Making Money from Your Art