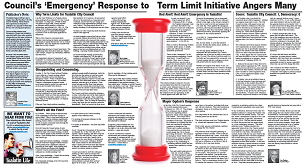 The letters began rolling in just a couple days after the May 11th City Council meeting. Many citizens were upset that an important ordinance was passed in what they felt was not a transparent process.  The use of the seldom used
‘Emergency Clause’ was certainly a sore point with those who wrote in, along with how this new ordinance might restrict the rights of voters for local initiatives. As you’ll read, many thought Council used this means to pass an ordinance that was specifically designed to hinder the term limit initiative that Mae Heide submitted April 28th. Because I only received letters from citizens upset with Council, I wrote Mayor Ogden and cc’d all Council Members informing them that I received numerous letters about this and invited them to respond to their constituents who felt their actions were unjust. The only response I received was from Mayor Ogden who had a very different interpretation of the events and the use of the Emergency Clause, which enabled the passage of their new ordinance to take effect immediately, impacting the term limit initiative presented April 28th. 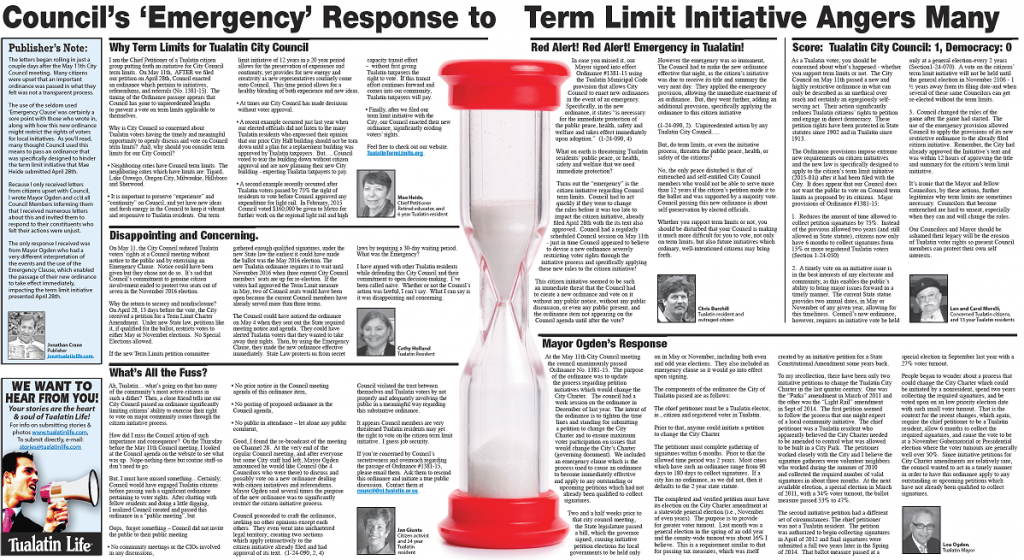 Tualatin Football, Getting Back to Normal