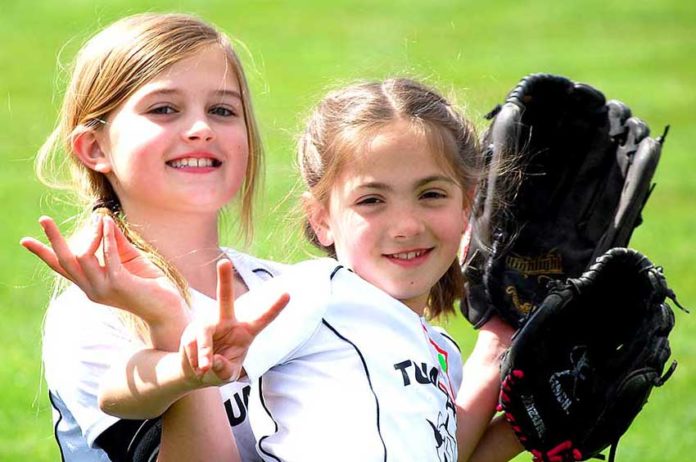 Registrations are flowing in and the Tualatin Softball Board is working hard to kick off the 2019 Season. We know it’s hard to think about a spring sport in January, but like any sport things need to be lined up & planned out before practices start, which for all levels except T-Ball is the first week of March. Until registrations are mostly complete, we don’t know the number of teams at each level, how many coaches we need, equipment, uniforms, fields, etc. Please get registered.

In 2018 we invested a lot in the fields at Byrom, and with your support hope to continue the improvements. Can you believe that TuHS Softball went 30-0 as the undefeated 6A State Champ last year? What a fun ride it was to watch players that have grown up in our community and got their start here playing T-Ball and working their way up through the ages/levels. Let’s hope they reload for 2019 and we continue to develop players to feed into the High School program. For Youth Softball we really had a great group of coaches last year, we ran a series of pre-season clinics that everyone gave great feedback on, and the season went great!

Speaking of coaches, we frequently hear from people who hesitate to volunteer because they don’t think they have the skills & experience. While we of course seek out the experienced softball coaches, we also know it’s really about the Attitude & Effort put into it. If you’re willing to learn, put in the effort, and have a positive attitude approach – you will have a positive impact on the players.

Coaching is kind of like having kids, it can be a lot of work, and a pain sometimes, but is also very rewarding. Years ago I was tossed into coaching when my daughter’s soccer coach quit the Wednesday before their first game. The next year I was the head coach, and was also pulled into Coaching Softball. From there I was off and running; coaching multiple teams and multiple sports at the same time, and sometimes as many as four teams (yes, that was nuts!) 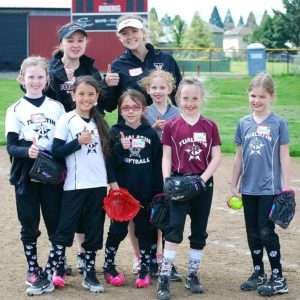 Now things are slowing down as my kids are getting older, but I wouldn’t trade those experiences for anything. There is no greater joy than teaching a player something in practice and then seeing them apply it in a game. Those moments like the first pop-fly they catch, first hard hit to the outfield, pitchers first strike out, stealing home, catcher throwing a runner out trying to steal 2nd, turning two on a grounder to short stop, a walk-off hit to win it, backpicking a runner on the cut-off, and so on. So many memories, and only a few about wins & losses – the majority are about when kids worked hard to learn something and then went out and did it.

If there is one thing I want players to learn from sports, is that if you put in the work you will achieve. People will ask me about what my favorite season was, and while I hope those are still in front of me, I could talk about the (rare) undefeated seasons, or about getting to the 2015 LL Softball World Series; but in all honesty my best memories are from the seasons where things weren’t going so well, where the players really had to work to learn & get better to be competitive, had to overcome obstacles, or come together as a team. When I started I bugged the coaches with non-stop questions about things like bunt coverage, how to teach this or that, had other coaches come out and run drills to help us all learn base running, or bunting, and read everything I could about teaching the game. It does take awhile to develop your own groove and style, but it is forever a process of learning and finding new & better ways to help the kids learn.

If you have the time I would strongly encourage getting involved, if not as a head coach then as an assistant. One of the best things about softball is the friendships developed among a group of assistant coaches and helpers so practices can have many stations, is help for field prep and clean up, etc. Will it be easy? Maybe not, and there are some challenges to deal with for any coach, but if you have the right ATTITUDE and put in the EFFORT, there are a lot of experienced coaches in the league that can help you out on almost any topic, any challenge, or any skill you want to teach. If you have any questions, please reach out, would love to pass on the things that so many others have helped me to learn.

Registration:
Registration for the 2019 Softball Season is underway. Tualatin is a member of Oregon District 4, the host for the 11-12 Little League Softball World Series played at Alpenrose Dairy in SW Portland (Aug. 7-14 in 2019.) It is one of the truly special events in our area, hosting teams from around the world

Is Telemedicine Here to Stay?