In April of 1986 longtime Tualatin resident Jeanette Chaffee was on a the last leg of her 15 hour flight from Salem to Athens, just a
short flight from Rome to Athens, when 40 minutes before landing a bomb hidden underneath seat 10-F was detonated on the aircraft over Argos, Greece. Jeanette was sitting just fourteen feet away from the explosion that blew a 9’ x 3’ hole in the side of the aircraft, ejecting four American passengers to their death. Seven others on the flight were injured by shrapnel as the cabin suffered a rapid decompression. The remaining 110 passengers miraculously survived the attack as the pilot was able to make a successful landing in Athens. 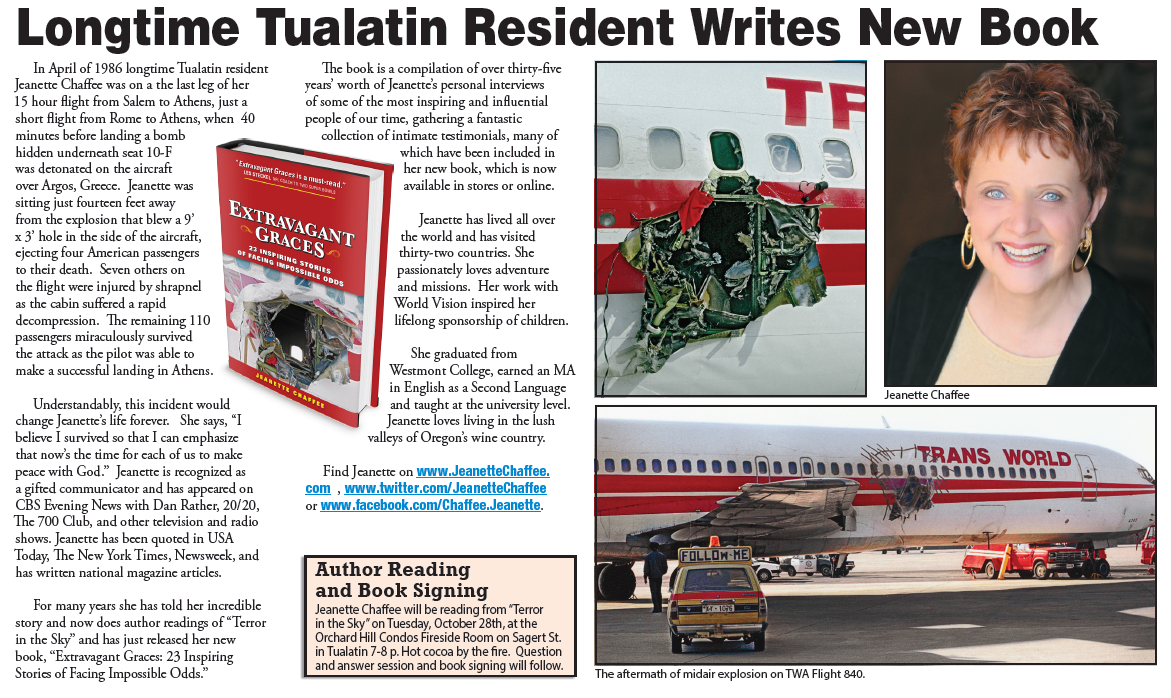 Loose Style and All Kinds of Edges in the Artwork of...