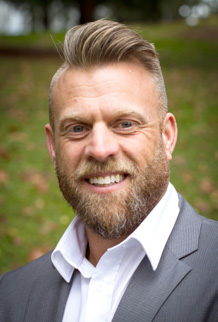 Mike Beason is a dynamic, outgoing bodybuilder filled with vibrant, positive energy. He is a motivational speaker, has started a charity to raise money to help veterans dealing with PTSD, and will be appearing in an upcoming movie.

As hard as it is to believe when you meet this lean, confident and physically fit human dynamo, just a year and a half ago Mike was 85 pounds overweight, deeply withdrawn, and crippled by depression. Mike, an Army veteran, has suffered from PTSD – post traumatic stress disorder – for a quarter of a century. At his lowest point, he held a gun to his head and squeezed the trigger. The weapon misfired.

But today Mike has turned his life around and now is on a mission to help others suffering with PTSD, particularly veterans. He has gone from shy and withdrawn to an outgoing public speaker, and in April will compete in his first body building tournament. So how did he make this miraculous change and become a motivating symbol of success for others?

“I believe from the bottom of my heart the way to change is physical,” explains Mike. “If we just start taking care of ourselves, our lives become so much happier. It is a whole new world for me, and I achieved it in just 15 months. Of course, I worked my butt off.

“Everyone needs a win. You need to set a goal and master something. You can be a bodybuilder, a mixed martial arts fighter, or even master using a yo-yo. I’m serious. Doing something for yourself, big or small, whatever you choose will aim you in the direction of pure happiness. People struggling with PTSD have lost control of their lives. Their self-esteem has gone away, and they’ve lost control of their body and mind. They need a win to get back on track. You can open yourself up to new experiences, but to do that you must challenge yourself. You need to be physically healthy. You don’t have to do what I do, but you have to do something,” Mike says.

Mike had such positive feedback from veterans dealing with PTSD who say he has helped them, that he formed a nonprofit charity to better meet their needs. “From PTSD to Freedom” is the name of his charity, a name inspired by his own journey. He already has a lengthy and ever-growing list of veterans interested in participating in the program he designed, and local gyms willing to participate. It is Mike’s goal to help every veteran he encounters who is dealing with PTSD.

But Mike hasn’t done it alone. Reginald Lee, owner of “Nutrition by Max Muscle,” is sponsoring Mike in his first bodybuilding competition.

“I don’t sponsor many athletes,” explains Mr. Lee, “but Mike’s story reached me, and I wanted to help him reach his goals. He walked into my store one day and started telling me about his history, and about his journey in getting into bodybuilding, and competing in an upcoming event. My brother was in Vietnam, and something about Mike touched me. We are providing our products to him, quite a variety which will support him as he prepares for the April competition.”

Another Tualatin business helping Mike is Boom Fitness, a gym located at Bridgeport. He works out in the gym, and they provide him with a trainer as he prepares for the April competition, which also helps him develop his program for veterans.

“Mike is a hard worker,” says Shea Cummings, a spokesperson for Boom Fitness. “I see him here for hours almost every day. As a veteran myself, I think his organization ‘From PTSD to Freedom’ is a great cause, and it really helps the community. It is good the way he ties it into fitness as a means for positive change for military members dealing with PTSD and depression. You are helping yourself by improving your body. Mike has helped a lot of veterans, and that’s what we need in our community.”

“Looking good is a critical part of feeling good,” says Mike. “Improving your physique, getting in shape, or even just getting a haircut and putting on some nice clothes will improve how you feel about yourself. When you look in the mirror and say to yourself ‘that person looks pretty good,’ you can’t help but feel good.”

Ms. Jillian Bullock is writer, producer and director of “A Sense of Purpose: Fighting for Our Lives,” the movie in which Mike will appear. An independent film producer located in Pennsylvania, Ms. Bullock decided to create the movie after learning about the staggering levels of sexual assault in today’s US military, and the subsequent problems caused by PTSD.

“Twenty-two veterans commit suicide every day,” explains Ms. Bullock, “and a lot of that is a consequence of PTSD, which in turn often is brought on by sexual assault experienced during their service. The purpose of the film is to shed more light on the aftermath for these people when they don’t get the respect and support they need, and hopefully to change the way the military handles these problems in the future.”

“It was getting physically fit that started me on the road to recovery and self-improvement,” says Mike. “It took time. When I first went into the gym I was withdrawn and angry, but I knew I couldn’t go on like this, that I had to change. I learned that taking control of yourself physically leads to gaining mental self-control, which in turn builds confidence and creates a pathway to a healthy life.

“Now I am so excited about life,” Mike says. “I’ve had people tell me, ‘Mike, you saved my life today.’ And that is a powerful feeling. I’m tired of people not getting what they deserve, especially veterans. I love doing this. I’d go through it all over again, every negative experience in my life, to be where I am today. It’s still hard, and I still have nightmares and flashbacks, and yet I feel that my life is a blessing.”

Welcome to our blog

Out from the shadows “Women of Zimbabwe”