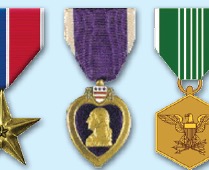 Army Chemical Staff Specialist, Sargent Herbert Smith, and his wife Beverley just loved military life. He initially joined the Coast Guard in 1952, serving three years. He was a civilian for nine months before enlisting in the Army, reporting to Fort Ord, California for basic training. They were married on July 11, 1955 and she moved to Kentucky to be near him while he received basic airborne training at Fort Campbell. Next they went to Germany where Herbert had a parachute accident. Bev said he wasn’t seriously hurt but for a while developed hives every time he jumped.

A Shout-Out for Tualatin Valley Fire and Rescue