I’d like to begin this month’s letter by thanking the community of Tualatin for the warm welcome that I’ve experienced over the last couple months. When past publisher Jonathan Crane gave me the opportunity to take on the publisher role, my biggest worry was that our advertisers and contributors would take this change as an opportunity to end their relationship with the newspaper. To the contrary, the response has been amazingly welcoming and I’m grateful for that response.

A lot has been happening in Tualatin, and this issue is jam-packed with great articles. One of the most exciting stories has been news that Tualatin has been selected as one of the eight finalists in the America’s Best Communities (ABC) contest. You can read more about the Tualatin ABC Teams efforts on page 3. Along with the $100,000 awarded to each of the finalists comes an opportunity to bring another $3 million to the city. If you’re interested in hearing Mayor Ogden’s pitch to the judges, we’ve shared it on our Facebook page.

Several readers have called or emailed to inquire about Jessi Thorne, the young mother facing serious health problems in the form of a brain cyst. I was able to speak to Jessi’s mom, Terri, and I’m happy to report that after a few delays, she has undergone surgery, and it sounds like it was a complete success. Initial tests have shown the growth to be non-malignant, but she still has a long road to recovery ahead of her. We’re hoping she’ll be well enough for an update next month.

In other news, Memorial Day is right around the corner. On page 15, regular contributor Dale Potts (who also organizes and emcees Tualatin’s Memorial Day Observance at the Winona Cemetery) writes about his visit to the National WWII Memorial in Washington, D.C. There, you’ll find details on Tualatin’s Memorial Day Observance and picnic which follows. Sounds like an appropriate way to spend the day. On page 11, Loyce Martinazzi writes more about the Winona Cemetery and it’s origins.

On a slightly less positive note, as I talk to some of our small businesses, I’m reminded that running a business can be a challenge. These are the people that live, work and play in our communities and are an important part of the local economy. Aside from allowing Tualatin Life to be a viable entity, studies show the economic impact of dollars spent with locally-owned businesses has more than twice the impact of those spent with the national chains. Let’s keep the local economy healthy and support these businesses.

Are You a Gardener? 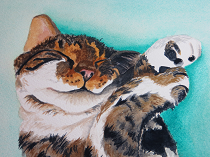 A Leap Of Spirit and a Dance in Your Head!

B-17 co-pilot Bradley Summers’ Memoirs provide details about his 22 month... 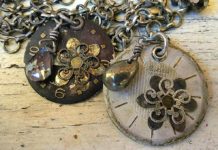