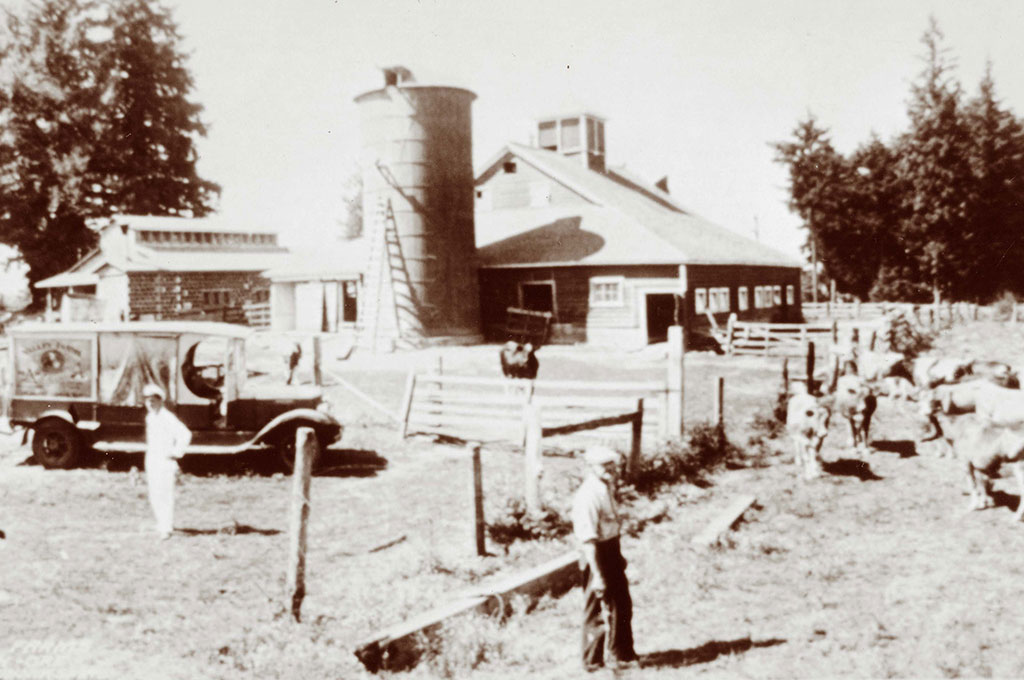 The Great Depression of 1929 to 1939 couldn’t have come at a worse time for the village of Tualatin. The sawmill and brickyard had already been closed and jobs were few and far between. Reasons for the 10 year global depression are complex. By 1933 unemployment was at 25% and wages had fallen by 65%. Many farmers lost their land because of falling crop prices which led to unpaid mortgages and taxes. With banks folding many people withdrew what cash they had and stuffed it under the mattress, further decreasing the country’s money supply.

In 1932 President Franklin D. Roosevelt created the New Deal, and in the nine years between the launching and the completion of that program, 42 federal agencies helped put men to work and to strengthen the nation’s infrastructure. The iconic Timberline Lodge and Columbia River Highway were part of the program, a stunning legacy of FDR’s vision.

Here in Tualatin the Country Club hired Walt Eames to be head greenskeeper. He and his family lived in the tiny old Southern Pacific depot that had been moved to the golf course. Several other local men got part- time work in summer caring for the grounds. Valley Farms Dairy, owned and operated by Harry and Dina Muniksma, hired men to hand milk the cows twice a day. My dad milked there, 4 am and 4 pm for $1 per day. One cent was taken out for Social Security. Between milkings he went home and took care of his own farm and family.

Adult ballgames between Tualatin, Sherwood and Tigard were popular. Nothing else to do and they cost nothing, with lots of cheering for the favorite team. People would get together to play music and dance. That cost nothing and was good for moral. A song from that era echoed the feeling. “Every morning, every evening, ain’t we got fun. Not much money, oh but honey, ain’t we got fun.”

My parents were too proud to take what was called “relief,” or welfare, but many others were forced to take it or starve, as there were very few jobs. Farm families often found relatives at their doorstep around supper time. Portland Canning Company in Sherwood paid 2 cents a pound for strawberries, and pickers were paid 1 cent. Kids as young as 6 picked Marshall strawberries in the cold dewy mornings of May. I know. Some folks worked in the fields during the day and then worked swing or graveyard shift at the cannery, still barely surviving.

Very few automobiles traveled the roads, most folks rode shank’s mare. Even if you had a car, you couldn’t afford the gas. I remember that Art Itel had a gas station at the intersection of Tualatin and Herman Road, right where Cheyenne turns off. It was called the Tualatin Loop Garage because the road went up to Pacific Highway, south to Cipole Road and then back to home base on Herman Road. I remember Art sitting in the open garage awaiting the rare customer.

Jane Ibach, 85 years old remarked on the depression: “There were so many people, men, out of work back then, in the ‘30s. Over by Nasoma Station (where Avery St. crosses the railroad) there was sort of a jungle of hobo camps and the men would go around to the different farms and get stuff to eat. I’d give them some eggs or something. Somebody else would give them something from the table to eat, meat or something. They’d go back and cook it up. They weren’t harmful men. They’d always offer to do some work. I’d have ‘em chop a little wood for me.”

Ann Martinazzi, writing for the Tri-City Times in 1959, Oregon’s Centennial year: “Tualatin weathered the Great Depression of 1929, emerging bone thin, its people scattered to double up with relatives and save living expenses. Houses stood vacant and neglected, windows broken and the paint peeling. Farm produce was so cheap it seemed hardly worth the effort to till the soil and from enforced idleness the problem of juvenile delinquency rose.”

Tualatin struggled to recover. The new brick school, built by local men and with the help of the Workman’s Progress Act (WPA) opened in 1939 and was the pride of the community. Plans had been borrowed from Collins View School and the bricks hauled from a brickyard in Willamina, according to Gerald Avery, superintendent. The advent of World War 11 brought jobs to the area as Henry Kaiser’s shipyards went to work building liberty ships etc,. But you read about that in last month’s column.

Loyce Martinazzi was born and raised in Tualatin and is passionate about Tualatin History. She is Co-Founder of the Tualatin Historical Society and Co- Author of Tualatin…From the Beginning.

A new year is a great time for new intentions!

Gardening During a Pandemic

Take the Chore out of Chores