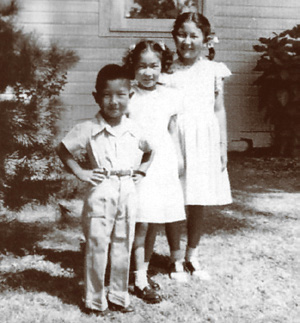 After the last strawberries were plowed under, and work on the farm lessened, Art and Nami Sasaki began landscaping the spacious grounds around their home. The family had worked hard growing strawberries and grapes, and were well known for perfect produce and spotless fields. They loved working with the soil.

Ojiro Sasaki was born in 1909, the third child, in Portland, Oregon to Japanese immigrant parents who operated a laundry. Because he was the 2nd son, Art Sasaki, a “Nisei” or 2nd generation, was named Jiro, as was the Japanese custom. His elder brother was named Yoneichi, meaning First in “the land of rice.” (America). The eldest child, a daughter, had been left in Japan.

The Rest of the Story – Local Photographer’s View from a...